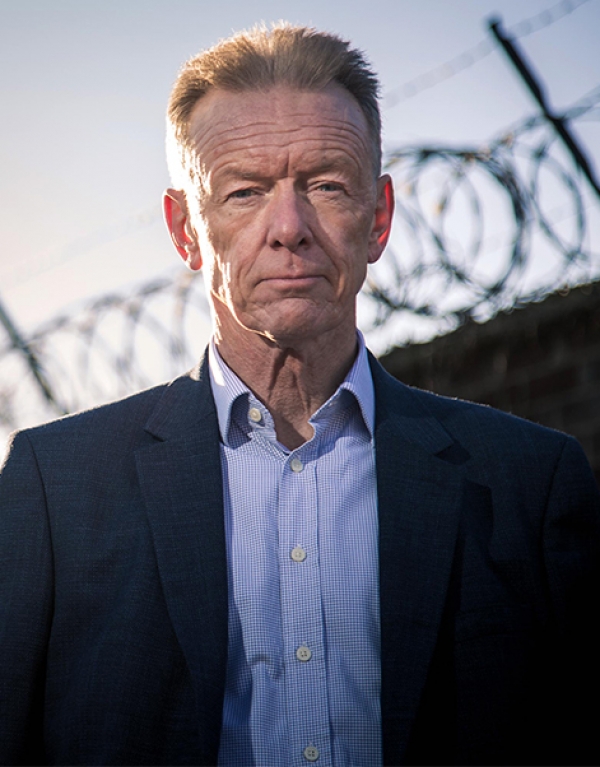 Lord Bernard Hogan-Howe was the most senior police officer in the UK. He led the Metropolitan Police, an organisation of nearly 50,000 people with a budget of £3.2 billion. He was directly accountable to the Home Secretary, supervised by parliamentary committees and had national responsibilities, which included leading counter terrorism policing throughout the UK and protecting the Royal Family and senior members of the government both at home and abroad.

He has used his expertise to report for Dispatches on Channel 4. In 2018, he presented Dispatches – Cannabis: Time to End the Ban? In the programme, Bernard travelled to Colorado, to see if the UK police should follow in Colorado’s footsteps and legalise cannabis. This programme lead to Bernard’s calling for the UK government to establish an expert commission to examine the evidence provided by the programme.
In 2019, he presented Dispatches - Britain's Knife Crime Crisis: Young, Armed and Dangerous, which investigated Britain’s knife crime crisis. In the programme, Bernard came face to face with a masked gang member carrying a blade.

Bernard's career has been characterised by high achievement, having successfully delivered numerous strategic objectives and efficiency improvements while holding weighty appointments with substantial responsibilities. He has a wealth of experience in creating cultural change, developing and implementing new strategies to transform corporate identities. He has built his success on the simple strategy of Total Policing. This involves a war on crime and care for victims.

As Commissioner of the Metropolitan Police and Chief Constable of Merseyside he delivered significant reductions in crime during his 5 years tenure. In London 20% and Merseyside 36%. In both regions he reduced the murder rates, in London by 25%. In London despite a loss of £600 million of budget he uniquely maintained police officer numbers while the rest of England and Wales lost 20,000 police.

When he took command of the Metropolian Police, the capital city of 8.4 million people was in a state of shock caused by the large scale riots of 2011. The organisation itself was in crisis having lost half the Management Board. Despite these challenges and with a limited timescale of only a few months he planned and delivered a safe city, a safe Olympics and saved £600 million.

During the next five years, the national threat level was set at 'severe' and attacks occurred throughout Europe, however only one terrorist attack got through during his command. He has continued to build the UK police and Security Service partnership, which is recognised as the best in the world with its profound links to neighbourhood based community policing.

Bernard has extensive experience of policing major public events. These include the successful 2012 Olympics Games, 2008 Liverpool European City of Culture, State Visits, The State Opening of Parliament, many major sporting events and multiple large scale public political protests on the streets of London.

Bernard was made a life peer in October 2017 and has since taken up his role as a crossbencher in the House of Lords.

Bernard enjoys horse riding and all equestrian activities. He has a passion for football, playing five a side and supporting Sheffield Wednesday. In addition he has a love of opera.