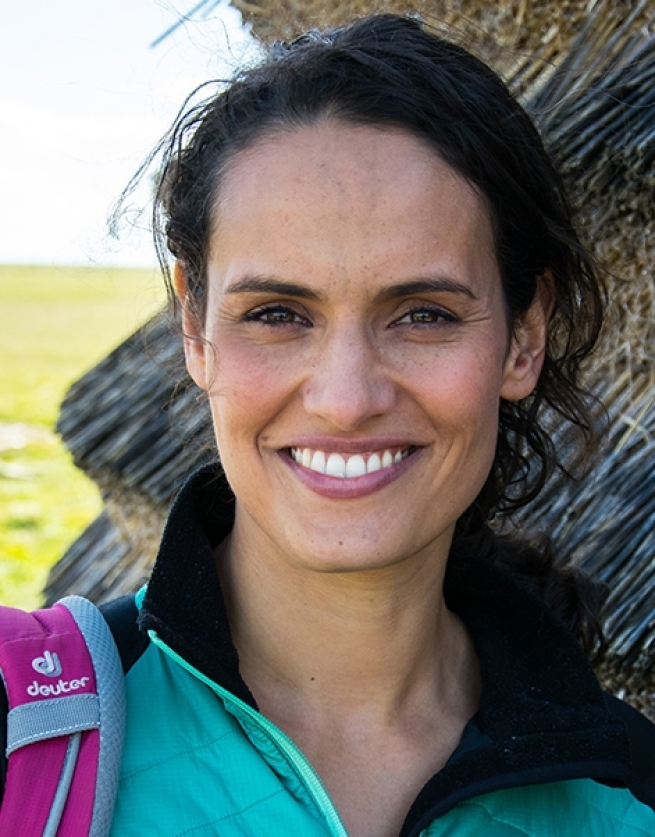 Mary-Ann specialises in presenting anthropology, archaeology and history, combining a real passion for people and the natural world with enthusiastic onscreen expertise. She’s a Fellow of the Royal Geographical Society, and a hillwalking Ambassador for the British Mountaineering Council.

Mary-Ann is a familiar face on archaeology and history shows on both sides of the Atlantic. She co-presents the series Mystic Britain, uncovering mysteries in British archaeology for Smithsonian Channel. She also presented the BBC Two series Britain Afloat, discovering how historic boats have shaped our lives. She has presented a collection of Britain’s Secret Treasures and Britain’s Secret Homes for ITV, including from under the Atlantic Ocean, featured on the Smithsonian Channel/BBC2 special Stonehenge Empire/Operation Stonehenge and was a regular on History’s hit shows Ancient Impossible and Ancient Top 10. Mary-Ann was also co-presenter on the penultimate series of cult archaeology show, Time Team.

She’s written two popular archaeology books: Britain’s Secret Treasures is a collaboration with the British Museum, profiling artefacts discovered by members of the public. Her second book, Hidden Histories: A Spotter’s Guide to the British Landscape, explores the intriguing archaeological features you can spot in the British landscape – from prehistoric burial mounds to ancient highways. It was shortlisted for the Current Archaeology Awards, and selected as a 2016 New Statesman Book of the Year. Mary Ann’s next book will be published in Autumn 2020.

Mary-Ann also loves the chance to get her hands dirty on expedition and for anthropology series. For Living on the Roof of the World (Discovery Networks/Sky Vision TX 2019) Mary-Ann spent seven weeks filming with herders, farmers and pilgrims on the high Tibetan plateau. She was also part of the presenting team for Time of Xi (Discovery Asia), exploring the realities of life in modern China. Expedition documentaries for Animal Planet have included exploring the Chernobyl nuclear exclusion zone (Life After: Chernobyl), searching remote Australian rainforest for the officially extinct Tasmanian tiger (Hunting Lazarus) and investigating real cases of extraordinary child survival in Fiji, Uganda and Ukraine (Raised Wild).

Mary-Ann also works with researchers in the field: she walked 500km on foot across Australia’s Simpson Desert, mapping evidence of lost aboriginal sites, working with seventeen pack camels and a team of biologists and botanists. Mary-Ann filmed the expedition, and an adventure doc is in production.

Mary-Ann presents radio documentaries for BBC Radio 4 and the BBC World Service, recently Why We Cut Men, investigating male circumcision, A Dirty Secret, exploring the global sanitation scandal, and Keep Digging, meeting geologists trying the drill through the crust of the earth.

Mary Ann co-presents the podcast series for Audible, Happiness…and how to get it and This Study Shows, for Wiley, now in its third series. She also presents In Other Words for charity Revolving Doors profiles key debates shaping the criminal justice system. She’s also a regular presenter of the World Service anthropology series The Why Factor.

Mary-Ann regularly previews the papers for Sky News, reports for ITN Industry News, has contributed to BBC News and BBC Radio 4’s From Our Own Correspondent. She writes a regular column for Trail magazine, and features for Telegraph Weekend, Guardian Wild, Countryfile Magazine, and online for English Heritage and the Royal Geographical Society’s Discovering Britain project.

Mary-Ann has an MA in Archaeology & Anthropology from Cambridge University and is a warm and incisive speaker and host for conferences, debates and talks.