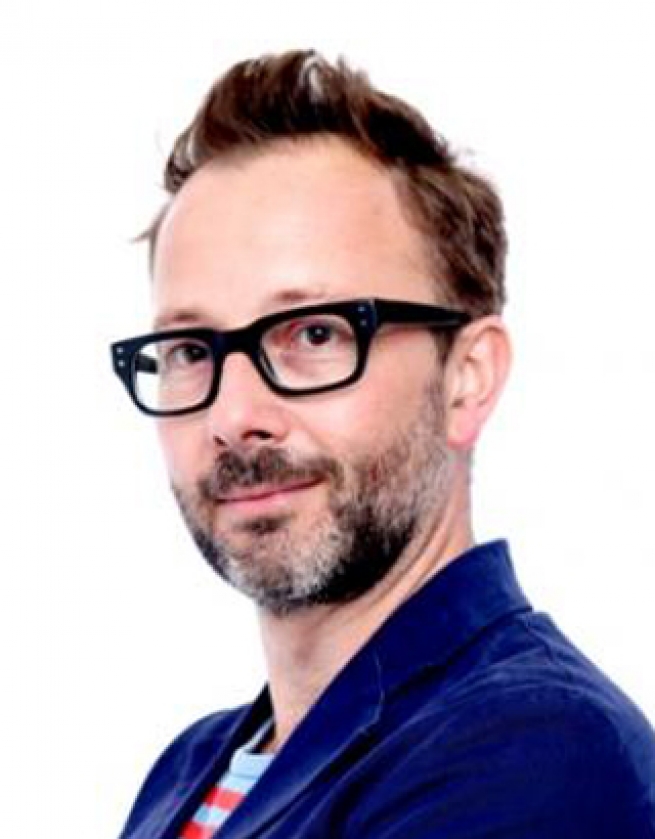 Tom Dyckhoff is a broadcaster, historian and writer about architecture, design and cities.

Tom also presented the Radio 4 series, The Design Dimension which looked at the world we inhabit through the lens of design. He was previously architecture and design critic for BBC television’s arts programme, The Culture Show, for which he interviewed architects from Oscar Niemeyer to Frank Gehry, and fronted special episodes on subjects including the Stirling Prize for architecture, Chinese culture, Lego, the new Birmingham library, and British architecture during the recession.

Tom has written and presented many documentaries on British television and radio, including Channel 4’s series The Secret Life of Buildings, in which he looked at the effects of architecture and spaces on our brains and bodies; for BBC2’s series Saving Britain’s Past, Tom examined the country’s obsession with heritage; in I Love Carbuncles, for Channel 4, he revealed his passion for concrete Brutalism.

Tom has presented many Radio 4 documentaries, such as Room With a View on the history of windows, Animal Architecture on the architecture of zoos and a one-off special on polymath Buckminster Fuller.

Tom wrote a weekly column for The Guardian newspaper’s Weekend magazine for 20 years, and he can often be found writing about homes in the paper too. For more than a decade from 2003 to 2011, he was architecture and design critic for The Times newspaper, London.

Tom is Senior Teaching Fellow and Lecturer in the History & Theory of Architecture and Cities at University College London, and at Central St Martins, University of the Arts.

Tom was educated at Oxford University and University College London, and began his career at Perspectives, the Prince of Wales’s architectural magazine, before becoming exhibitions curator at the Royal Institute of British Architects, and then deputy editor of Space, the Guardian newspaper’s design and homes section. He has written widely for international publications such as GQ, Arena, Wallpaper, Domus, Icon and Blueprint, and regularly lectures and hosts or chairs events, including The Stirling Prize in 2009 and 2010.

He lives in London, with his family.