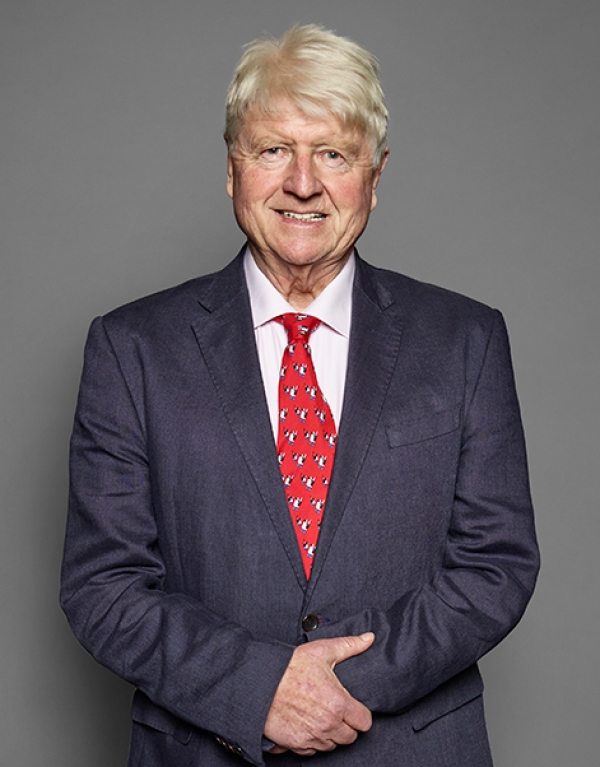 Broadcaster, journalist, author, conservationist – Stanley Johnnson’s achievements are numerous, traveling the world in pursuit of animal welfare and spearheading environmental projects. Stanley has had many books published and regularly writes for newspapers and magazines on a range of topics – from politics and travel to society at large. He appears frequently on television and radio, guesting on news, current affairs and feature programmes. Stanley was part of the primetime BBC Two documentary A Week in the Wild, where three celebrities took on the iconic challenge of exploring Mexico's famous Copper Canyon. He also featured in Channel 4’s recent series The Baby Boomer’s Guide to Growing Old.

Stanley was born in Cornwall in August 1940, and was educated at Ravenswood School, near Tiverton, Devon, Sherborne School, Dorset, and studied at Exeter College, Oxford, where he won a Stapeldon Scholarship in Classics. Since 1951 his family has farmed on Exmoor, on the Devon-Somerset border, and Stanley still manages the farm there today. He also has a home in London.

On leaving Oxford in 1963, Stanley was awarded a Harkness Fellowship to the United States in 1963. He is a former Conservative member of the European Parliament (MEP) where he served (1979-1984) as Vice Chairman of the Parliament's Committee on Environment, Public Health and Consumer Protection. He has also worked in the European Commission (1973-1979) as Head of the Prevention of Pollution division and (1984-1994) as Senior Adviser to DG Environment and as Director of Energy Policy. Before joining the Commission, Stanley served on the staff of the World Bank and the International Planned Parenthood Federation.

Stanley has been an adviser to Price Waterhouse Coopers, a director of ERM, an environmental consultancy, a trustee of the Earthwatch Institute and Plantlife International and an environmental adviser to Jupiter Asset Management. He is currently Honorary President of the Gorilla Organisation (www.gorillas.org) and an Ambassador for the United Nations Convention on Migratory Species (CMS) (http://www.cms.int/)

He has had eleven books published dealing with environmental issues, including the Politics of the Environment, the Earth Summit and the Environmental Policy of the European Communities. He has also had nine novels published, including The Commissioner which was made into a film starring John Hurt. Stanley's book, Where The Wild Things Were, is a collection of travel and environmental journalism.

The first volume of his memoir "Stanley I Presume" was published to critical acclaim ('hilarious and rip-roaring') in 2009.  The second volume: "Stanley I Resume: further recollections of an exuberant life" was published in 2014.

Stanley’s most recent publication, Kompromat, a satirical thriller was published in 2017 and is being developed for television.

In 1984 he was awarded the Greenpeace Prize for Outstanding Services to the Environment and in the same year the RSPCA Richard Martin award for services to animal welfare. In 2014, he received the WWF Silver Medal, and in 2015 he also received the RSPB Medal and WWF-International's Leader of the Living Planet Award for his work on the EU Habitats Directive and Natura 2000, the Europe-wide network of protected areas. In 1962 he won the Newdigate Prize for Poetry.

Stanley has four children by his first marriage to the painter Charlotte Johnson-Wahl: Boris, Rachel, Leo and Joseph. He also has two children, Julia and Maximilian, by his second marriage to Jennifer.