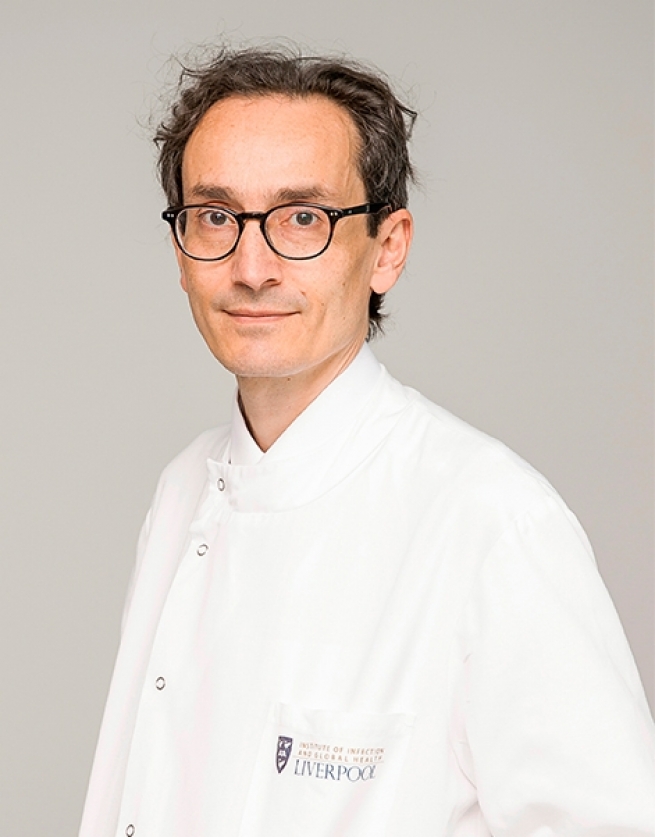 Tom Solomon is a doctor, world-leading researcher, and award-winning science communicator, with experience across all the major national and international television channels, as well as radio and newspaper.

During the COVID-19 Pandemic, Tom has regularly appeared on BBC Breakfast and BBC Radio 4’s Today programme to provide his expert medical knowledge and insight. He also appeared on BBC One’s Question Time and two Channel 4 documentaries discussing the Pandemic.

Tom was awarded a CBE in the Queen’s birthday honours of June 2021.

Tom appeared on Christmas University Challenge in 2019, as part of the team for Wadham College, Oxford, with his team making it to the final. He also featured as a key expert in the Channel 4 programme 24 Hours Inside Your Body. He presents the podcast series ‘Scouse Science’.

His other TV work has included a mild dust-up with Andrew Neil on the BBC One's The Sunday Politics, a gripping ITV Tonight Programme, Ebola - Are We Prepared, and the four part series, My Strange Brain, for Channel Five. He has recently been on BBC Radio 4 Woman's Hour, BBC One's Watchdog Live and Matthew Parris' Great Lives - where he nominated the author Roald Dahl; the programme was chosen for Pick of the Week.

Other science communication and public engagement work has included his highly acclaimed TEDx Talk Sex Drugs and Emerging Viruses, the creation of a Guinness World Record-winning "World's Biggest Brain", and an appearance at the Edinburgh International Science Festival, which had very positive review: "Solomon is a skilful and experienced science communicator... His delivery was... almost reminiscent of a stand-up comedian at the Edinburgh Festival Fringe."

When Tom is not communicating about medical science he is doing it. As Director of the UK’s Health Protection Research Unit in Emerging Infections at the University of Liverpool, Tom is acknowledged as a world-leading infectious disease expert. He heads an internationally acclaimed research group studying brain infections in the UK, Asia, and Africa, working to reduce the burden of these devastating diseases. Tom's Institute tackles emerging infections, food security, antimicrobial resistance, and other major global public health challenges. He was awarded the Royal College of Physicians Moxon Medal (2014), and recently became a National Institute for Health Research Senior Investigator. Tom is also a Consultant Neurologist at The Walton Neuro-Centre, and the Royal Liverpool University Hospital, where he sees patients with all manner of brain conditions from Alzheimer's to Zoonoses.

Tom originally trained in medicine at the University of Oxford, and spent years living overseas, doing medical research in Asia and America, before settling in Liverpool. In his spare time he likes to get a bit of exercise. He ran the 2010 London Marathon as the Running Mad Professor, winning a Guinness World Record for the fastest marathon dressed as a doctor.

His motto: "Science is a serious business, but there's no reason why you shouldn't have fun whilst doing it!"

Click here for a profile piece on Tom in The Guardian