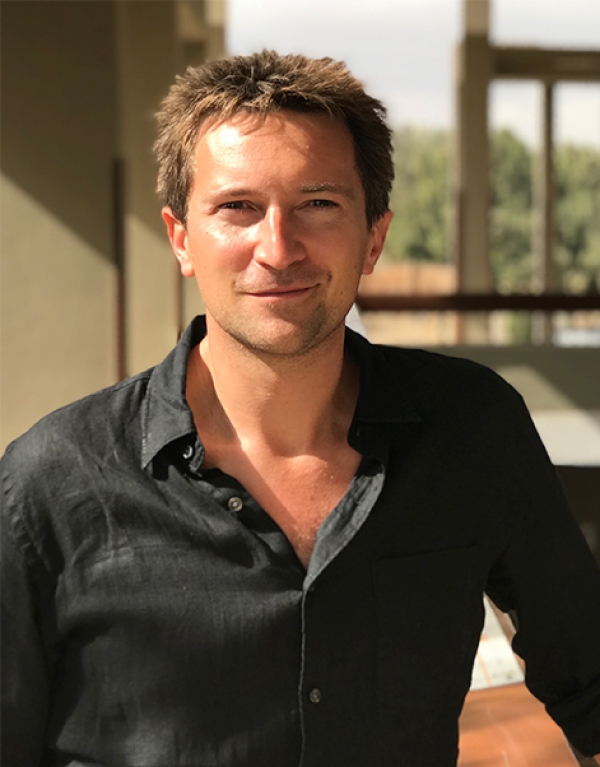 Michael is a Professor of Classics, author and broadcaster.

Michael recently wrote and presented the BBC2 series Ancient Invisible Cities: Cairo, Athens, and Istanbul which transmitted in autumn 2018. During the series Michael explored hidden parts of these cities - abseiling, diving and caving to access locations, some of which have never before been seen on TV.

Michael worked with a team of 3D laser scanners bringing these locations to life in Virtual Reality, taking viewers on a journey through the history and development of these cities like never before. The Daily Express review said, “This is properly exciting state of the art History TV”.

In addition, Michael has written and presented numerous other documentaries for the BBC and for ITV, National Geographic and SBS, Australia.

He presented a two-part series for BBC Two on the history of Sicily, Sicily: The Wonder of the Mediterranean, uncovering the Phoenician, Greek, Roman, Arab, and Norman influences on the island, as well as tackling its on-going Mafia problems and its new role in the front-line facing mass migration from Libya. He has also presented a documentary, also for BBC Two, investigating an unusual ancient mass burial event discovered under the streets of Rome in The Mystery of Rome’s X-Tombs, working with French and German scholars using cutting-edge technology to uncover the identities of the dead and the cause of their death.
He also wrote and presented the two-part series Who Were the Greeks for BBC Two, exploring the nature and influence of the ancient Greek world.

Michael wrote and presented, as well as co-produced, through his production company Nostos Productions Ltd, a three-part series for BBC4 The Greatest Show on Earth: Ancient Greek Theatre, in conjunction with the Open University.
He also wrote and presented a two-part series, Guilty Pleasures, on the history of Luxury in the ancient and Medieval worlds for BBC4 along with a documentary on Delphi: The Bellybutton Of The World for BBC Four.

Michael co-presented Roman Britain from the Air for ITV, in which he and Christine Bleakley discovered how the Romans conquered and lived in Britain, as well as how they continue to influence our country today.

On National Geographic Michael presented a three-part series on the development of Christianity within the Roman world.
For SBS Australia he wrote and presented a four-part series This is Greece taking viewers to some of his favourite locations across the Greek mainland and the islands, exploring their history and modern culture.

On Radio Michael wrote and presented two series of Spin the Globe for Radio 4, in which he took dates made famous by particular events in one part of the world and explored what else was happening around the world at that time.

Michael is the youngest full Professor appointed by the Faculty of Arts at Warwick University. He has also won the UK’s highest award for University level teaching – a National Teaching Fellowship – and has won numerous national and university awards for his teaching as well as for his work in outreach and widening participation.

His research interests span the ancient Greek and Roman worlds (about which he has published several academic and trade books), and also the Silk Roads connecting the Mediterranean, Asia, India and China in Antiquity (the subject of his most recent book Ancient Worlds). He has also recently won a Leverhulme Research Fellowship to study ancient global interaction.

In 2015, he was made an honorary citizen of Delphi, Greece in recognition of both his scholarly and engagement work focused on the city and sanctuary. He is also President of Lytham Saint Annes Classical Association, the largest branch of the Classical Association in the country. He is passionately committed to ensuring access to the study of the ancient world for all and has succeeded in attracting funding for the Warwick Classics Network, a project he directs in conjunction with national Charity Classics for All, working with schools across the Midlands.

He writes regularly for national and international newspapers and magazines, and has taught in the UK, US, Brazil, China and Greece.