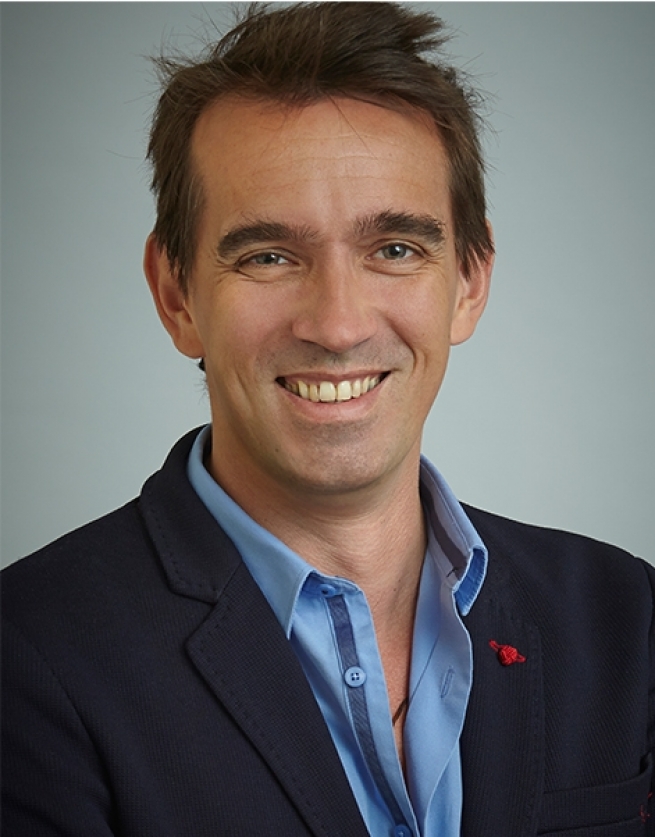 Peter Frankopan is Professor of Global History at Oxford University, where he is Senior Research Fellow of Worcester College and Director of the Oxford Centre for Byzantine Research. He works on the history of the Eastern Mediterranean, Russia, the Middle East, Central Asia and China. His work on the history of the Crusades as ‘overturning a millennium of scholarship’ and making ‘the most significant contribution to rethinking the origins and course of the First Crusade for a generation.’

His book, The Silk Roads: A New History of the world has been described as ‘magnificent’ (Sunday Times) ‘ dazzling’ (Guardian), ‘a rare book that makes you question your assumptions about the world’ (Wall St Journal), ‘a treasure’ (Libre Belgique), ‘phenomenal’ (Die Welt), ‘a joy’ (Le Point) and ‘not just the most important history book in years, but the most important in decades’ (Berliner Zeitung). A New York Times Bestseller, it has topped the Non-Fiction charts all around the world, including in the UK, India and China.

His most recent book The New Silk Roads: The Present and Future of the World was published in November 2018. It is a ‘masterly mapping out of a new world order’ (Evening Standard) and nothing less than ‘a state of the world address’ (The National).

He works with UNIDO (United Nations Industrial Development Organisation) on the future of sustainable cities and on the Belt and Road Initiative. In 2017, he was appointed Senior Advisor and Academic Expert to a major project for the World Bank and Department for International Development (DFID) on Transport Corridors in South Asia. Professor Frankopan advises governments, inter-government agencies, multi-lateral institutions and corporations around the world about geopolitics. He writes regularly for the press in the UK, US, China and South Asia about international affairs. Peter was recently interviewed on Channel 4 news and has commented extensively on the state of current relations between the East and West, with particular reference to the ongoing issues in Afghanistan.

Peter Frankopan has launched his own podcast series, made by Global. I’ve Been Thinking with Peter Frankopan will be an insightful and entertaining listen with Peter, Professor of Global history at Oxford and bestselling author, talking to and challenging well known guests from different walks of…
read more
Professor of Global History Peter Frankopan was interviewed on Radio 4’s Today programme and Newsnight discussing the container ship stuck in the Suez Canal and the implications on global trade
read more
Published today, Professor Peter Frankopan’s eagerly awaited follow up to the bestselling The Silk Roads, The New Silk Roads: the Present and the Future of the World brings the story up to date, addressing a world that is changing dramatically.
read more
Peter Frankopan will be a keynote speaker at the Asian Development Bank’s Annual Meeting in the Philippines in May. The ADB gathering has a record of attracting influential thinkers in the fields of international economics and history such as Peter, professor of Global History at Oxford University…
read more
Huge congratulations to Peter Frankopan whose book The Silk Roads: A New History of the World has been shortlisted for the PEN Hessell-Tiltman prize for history.
read more
Read more news...