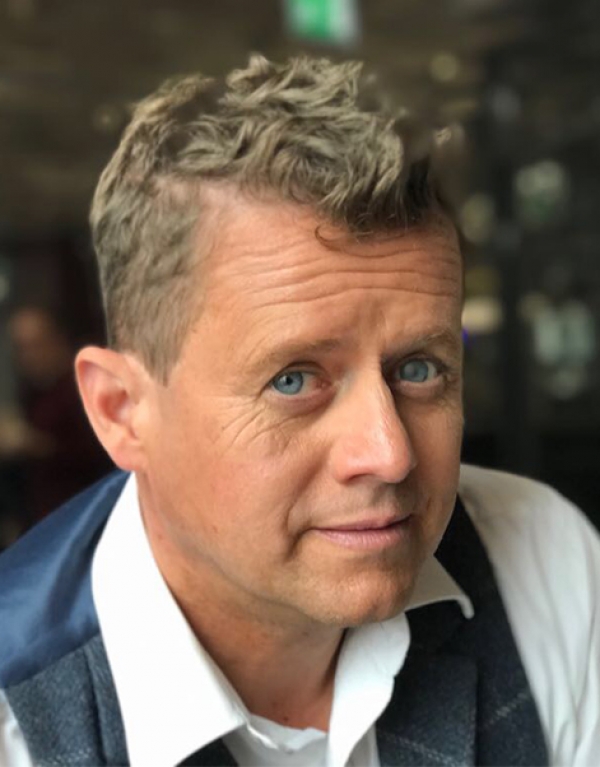 Sports presenter Mike Bushell is unique. As well as presenting the main sports bulletins of the day he has profiled and personally sampled nearly 400 different sports and activities during Saturday morning slot on Breakfast. This is believed to be a world record and he also holds the unusual world record, for crossing one mile of water in a large inflatable ball known as a zorb, or waterwalker. This was for sport relief and with oxygen breaks, it took Mike 1 hour 57 seconds.

Mike is now well known to a wider audience after appearing on Strictly Come Dancing, attracting a large following and praise of his progression through the competition. He also danced on the Strictly Come Dancing tour, performing in major arenas throughout the UK, including the Birmingham NIA and the London 02.

Mike's Saturday Breakfast slot started in 2006, with the aim being to prove there is a sport out there for all. He's the guinea pig, going into bat on behalf of the beginner, trying to inspire others like him off the sofa at the weekend, to try something new. As well as profiling main stream sports events, with the top stars, whether it be a game of tennis against Novak Djokovic, or trying to bowl out Alistair Cook, he has often featured different new initiatives by well-known sports which are trying to tempt in new participants, by becoming more accessible. These have included Rush Hockey, and Cage Cricket. However, many of the hundreds of activities and sports he has featured, will be ones most people haven't heard of before. Whether it be nurdling, or tchouckball, or shin kicking, whip cracking, bog snorkelling, or even worm charming, they all have one thing in common: they bring people together, exercising, getting fitter, and gaining confidence. They engage peoples' passion, take up their weekends and show the power of sport. Mike says : "I am determined to prove that however un-sporty someone might feel, there is definitely out there, a sport for everyone." You can now read about some of Mike's suggestions and experiences discovering new sports in the book Bushell’s Best Bits.

Mike has vast experience of covering big sporting events, having reported and presented on the Olympics, Paralympics, the Winter games, Football World Cups, Commonwealth Games, and Asian Games. He has reported on these for Breakfast, the BBC News Channel and BBC World.

Mike has always been a keen sportsman, having played football, cricket and hockey at school. He also represented the county of Hertfordshire, at Chess, but it's cross country running that he really excelled in, and in the 1980's as a teenager, he ran 175miles in 6 days, setting off from his new home in Yorkshire to his old one in Hertfordshire, to raise money for charity.

Mike's other passion was in acting, after he was spotted by the National Youth Theatre. He spent four years there and a degree in theatre and television followed, but while trying to make ends meet as an actor, he broke into journalism on a local newspaper in Winchester and the rest is history.

After a break from his journalism course (to tour Europe as lead singer in a rock band) he returned to newspapers in Derby and Windsor, before joining the BBC in 1990 as a reporter with Radio Solent.

In a way he was back to his roots. He wrote and published his own first newspaper called "The Daily Owl", as an eager 8 year old.

His big TV break came with a job on the Isle of Wight - as the BBC reporter there for BBC South Today. Once there, after spells reading the news and presenting a Millennium history series, his passion for and knowledge of sport, shone through and he ended up reporting and presenting sport for BBC South.

Mike was on of the first faces on air when News 24 started in 1997 (now the BBC News channel), and still occasionally presents the sport on BBC News.

As well presenting duties on Breakfast, he has been doing some reporting for the programme, including the story of the robot camel jockeys that have saved the lives of children in the Middle East.

Mike's hobbies include still playing football, (he supports Leeds United) running, (often with the Hash House Harriers), music, theatre and he spends most of his spare time with his wife Emily and his three daughters, from his previous marriage, and he's hoping to eventually find a sport for all of them.