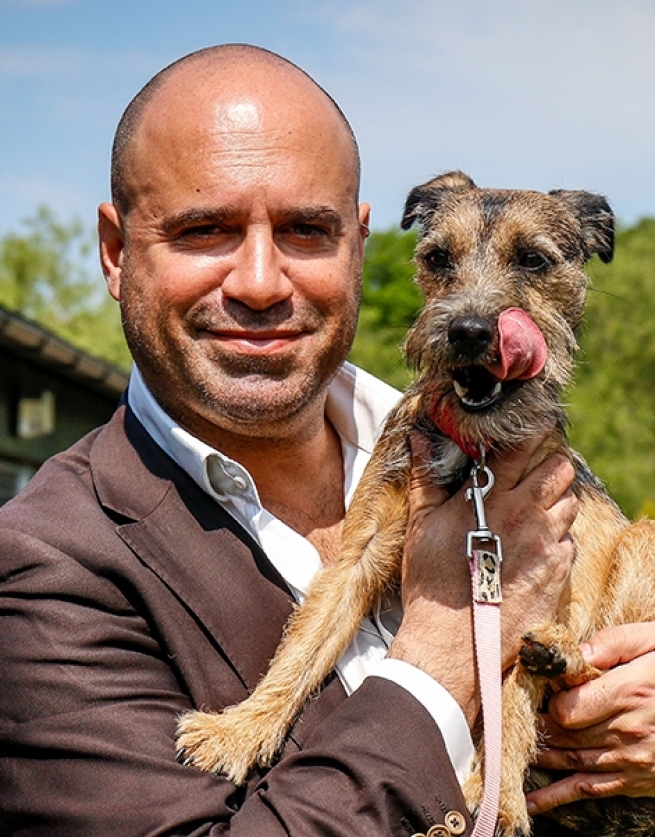 Marc Abraham, or 'Marc the Vet' as he is more commonly known, is a Veterinary Surgeon, Broadcaster, Author, and Animal Welfare Campaigner. Marc was awarded an OBE for Services to Animal Welfare in the 2021 Queen’s Birthday Honours.

Marc is a regular guest on factual shows including BBC Breakfast, ITV's This Morning, Good Morning Britain, and Sky News. Previously Resident Vet on The Paul O'Grady Show, Marc has also appeared on BBC Daily Politics, BBC Panorama, The Alan Titchmarsh Show, Animal Rescue Live, and My Pet Shame on Sky One. Marc has experience across a range of different veterinary work (including small animal, mixed, emergency) as well as his volunteering abroad, allowing him to bring a unique depth and breadth of knowledge to both his broadcast and corporate commitments.

Marc is the author of three books; Vet on Call, Pets in Need, and new title Lucy’s Law: The Story of a Little Dog Who Changed the World, published in 2020 and immediately topping the Amazon charts in its category, and documents his historical campaign for Lucy’s Law. Marc also frequently writes articles and raises awareness of animal welfare across local and national media, and radio stations (BBC Sussex, BBC Surrey, BBC Kent) as well as sharing pet tips and advice on his Twitter and FB channels. He is currently writing his next book due for publication in 2022.

Marc has successfully collaborated with many household brands and events, and is often invited to speak at public engagements.

Marc qualified from Edinburgh University with a degree in Veterinary Medicine and Surgery in 1995. His passion for animal welfare has also seen him volunteer overseas for numerous animal welfare organisations. These include vaccinating dogs against rabies in the Mumbai Slums, rescuing dancing bears in Ukraine, saving cats and dogs in post-tsunami Thailand, rescuing dogs from dogmeat farms in South Korea, neutering pets deep in the Amazon Jungle, working with pit bulls in a US prison, operating on street dogs in Udaipur, India, as well as performing dental work on a rescued moonbear in Chengdu, China.

Marc campaigns extensively for animal welfare issues in the UK and US; including promoting rescue pet adoption and responsible dog and cat breeding, as well as actively advocating to stop the cruel puppy farming industry. In 2009 he set up PupAid, a national puppy farming awareness campaign, featuring an annual celebrity-judged dog show in London's Primrose Hill. Marc is also responsible for three of the biggest pet welfare government e-petitions of all time, and has spent years relentlessly lobbying MPs and Ministers in Westminster. He is also the co-founder and secretariat of the All-party Parliamentary Dog Advisory Welfare Group (APDAWG), and helped source rescue dog Dilyn for the Prime Minister and his wife Carrie Johnson.

In June 2019, after a ten-year campaign led by Marc and over 300 visits to Westminster, the Government passed Lucy's Law into English legislation banning the commercial (for-profit/non-rescue) 3rd party trade in puppies and kittens, making all breeders accountable and providing transparency for prospective puppy and kitten buyers. Lucy's Law came into effect on 6th April 2020 and means anyone looking for a puppy or kitten must deal directly with the breeder or rescue centre. Lucy’s Law also comes into effect in Wales and Scotland from September 2021. Marc has also led the successful campaign to ban the import of puppies under six months old for sale in the UK.

Marc regularly visits local schools to teach pupils about looking after animals, and in 2021 his love of animals saw him launch his own animal welfare streaming channel marcthevet.tv. He is also the producer of US movie documentary Dog By Dog. Marc is also the proud ambassador and/or patron of several animal charities including Mayhew, All Dogs Matter, Raystede, Edinburgh Dog and Cats Home, Humane Society International, SPANA, and Oldies Club.