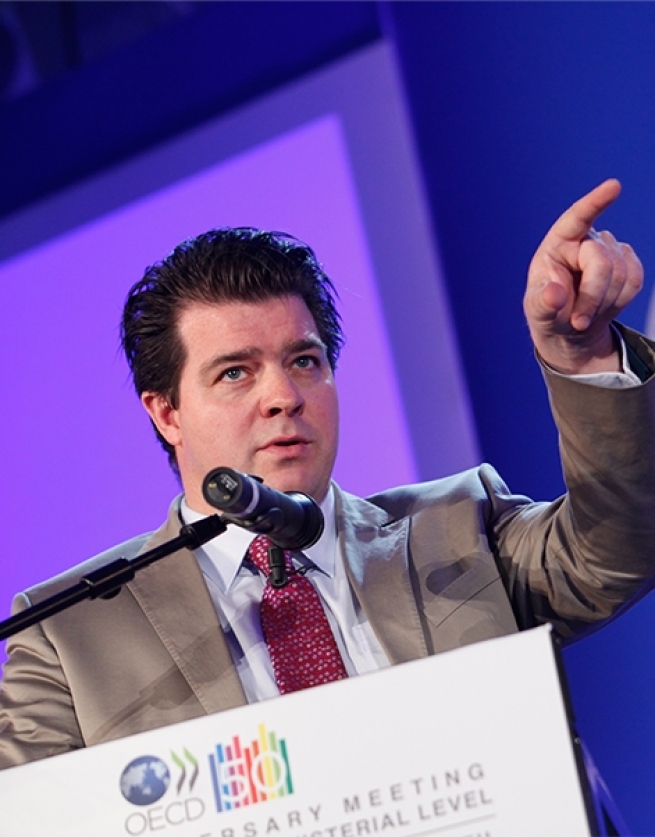 Liam Halligan is an economist, author and broadcaster - and also has extensive business experience. He is the Economics and Business Editor of GB News – and co-presents his own daily show on the channel.

Since 2003, he has written his weekly “Economics Agenda” column in The Sunday Telegraph - which enjoys a large international following and has been recognized with a British Press Award, the highest prize in UK print journalism. He also devised and co-hosts the Telegraph’s “Planet Normal” podcast – which regularly appears in the Apple news podcast top-10 global rankings.

Liam’s latest book - Home Truths: The UK's Chronic Housing Shortage – How it Happened, Why it Matters and How to Solve it (Biteback, 2019) – was published to rave reviews. The Times described the book as “vivid and lucid, a brilliantly-written gem” while the Guardian called it “splendid”. The housing charity Shelter said Home Truths was “full of eloquence and moral clarity – a call to arms for politicians and campaigners of all parties and none”. Andrew Neil said the book was “a must-read across Westminster, Whitehall and beyond”, describing Liam as “a one-off – a card-carrying economist, with high-level political access, who can explain complex issues in readable, vivid prose”.

Along with his roles at GB News and the Telegraph, Liam also writes regularly for The Spectator and The Sun and has appeared countless times on flagship BBC shows – including Question Time, Any Questions and Today, as well as on Sky News, CNBC, Bloomberg TV and many others. He regularly comments for LBC Radio – most recently appearing throughout their 2019 Election Results programme. Liam previously featured three times a week on CNN-Talk – analysing global political and economic news live, for a worldwide television audience.

Earlier in his career, Liam was based in Moscow – where he wrote an influential column in The Moscow Times, while covering Russia and the Former Soviet Union for The Economist and The Economist Intelligence Unit. He was then Political Correspondent for The Financial Times (based in Parliament) and between 1999 and 2007 led the Economics and Business coverage for Channel 4 News. He continues to research, write and present hard-hitting Dispatches documentaries for Channel 4 – and has won the Wincott Business Broadcast Award an unprecedented four times, as well being twice recognised as the World Leadership Forum Business Broadcaster of the Year.

Between 2007 and 2013, Liam took a break from full-time journalism when he was appointed Chief Economist at Prosperity Capital Management, the world's largest Russia/CIS-focused asset manager, controlling investments worth over $4bn for a range of institutional clients from Europe, the US and the Middle East, including pension funds, insurance companies, charities and sovereign wealth funds. He has since become Editor-at-Large at Business New Europe/Intellinews – www.intellinews.com – a leading source of English-language business, economic, political and financial news and analysis covering 30 countries in Central, Eastern and Southeast Europe and the Former Soviet Union.

Liam is a very experienced public speaker and conference convener. He has given keynote addresses to numerous high-level audiences, both in person and on-line, headlining events run by Thomson Reuters, Euromoney, the CFA Institute, Deutsche Bank, Adam Smith Conferences and the St Petersburg International Economic Forum. He has also hosted an array of conferences, often on complex economic and financial issues, for clients ranging from the Association of British Insurers, The Financial Conduct Authority, Eversheds, Caterforce Suppliers, Microsoft, the Telegraph Festival of Business and the OECD’s flagship 50th Anniversary Forum.

But his range of experience and expertise, as both a speaker and convener, extends beyond economic and business themes, to include political and geo-strategic issues too, relating to the UK, Europe and beyond.

Liam holds a first class BSc. (Econ) degree from the University of Warwick and an MPhil (Econ) from St Antony's College, Oxford. He sits on the Advisory Board of the Social Market Foundation, a Westminster-based think-tank, and also The Centre for Competitive Advantage in the Global Economy, an ESRC-funded research body based in the University of Warwick's Economics Department.

A citizen of both the UK and the Republic of Ireland, he is listed in Who’s Who, De Bretts and the Dictionary of International Biography.