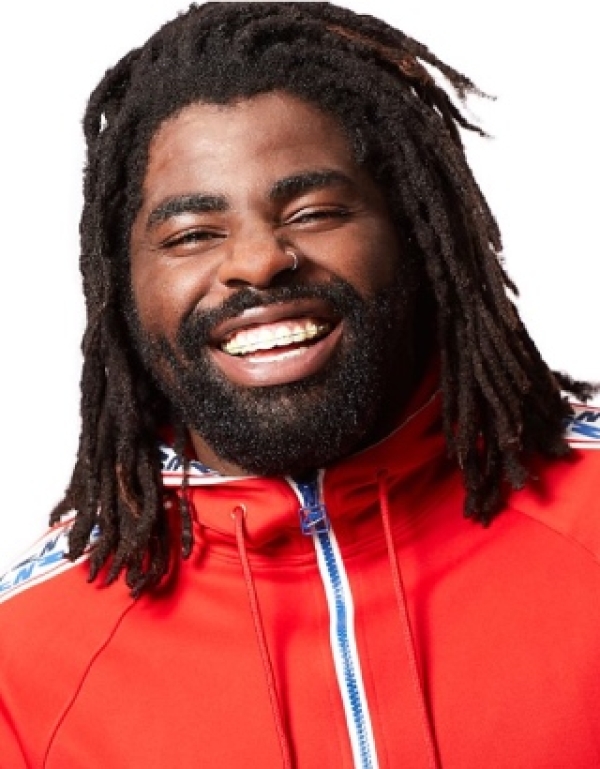 With a self-proclaimed gift of storytelling, Kofi’s narrative is always interesting, informative and delivered with passion. This passion is infectious and he brings out the best in everyone and everything he touches ‘or your money back’, he says.
Kofi was chosen over 200 people to be the BBC's Face Of Hull, presenter, reporter and ‘go to’ for the UK City of Culture 2017. He was omnipresent, appearing on BBC Radio 4, BBC 1, BBC News Channel and more. Together with his team he won an O2 Media Awards Digital Journalism Award for the coverage.

Since then he has set up the young people’s platform called ‘BBC No Filter’, a place to give amplify the voices of the voices. Working as host of the radio show of the same name and also a videographer and video editor.

Now you can find him waking up East Yorkshire and Northern Lincolnshire as the host of the BBC Radio Humberside Breakfast show all the while managing time to occasionally host Radio 4’s The Listening Project and Pick of the Week.

Kofi spent his time at the University of Northumbria and period after graduation cultivating and sharpening his skills making videos on YouTube with his friends and team over at CTK Media. They produced niche content focussing on sketches, political satire and the popular vegan pop culture cooking channel, Kofi’s Kitchen. It was a no brainer, allowing him to fuse his love of veganism, cooking, comic books, movies and pop culture in entertaining, informative and engaging videos.

Kofi is a flexible and resilient individual who is able to handle difficult and uncomfortable conversations whilst allowing for moments of levity and humour if conversations need be. He doesn’t shy away from taking on something new and seeing what lessons he can learn, not only from the experience but also to see what he can learn about himself when in unfamiliar water, something he wants to take the audience along with him too.

Storytelling is his life, be it music, film, tv, comics, books, anime, manga Kofi is there bright, shining, full of life and knowledge but more importantly a good time.
Just look at these testimonies from impartial people:
“The best of my 4 children I couldn’t possibly find anything wrong with him! He is my baby!” - Mum
“If you cut Kofi he bleeds fun! It’s just smiles and vibes to the core!” - A Friend who owes him money
“He inspires me to be the best I can be!” Superman
“I think Kofi is who my Uncle Ben was talking about when he spoke about power and responsibility....” - Spider-Man
“Half my songs are about him.” - Kanye West
“A true Outlier!” - Malcom Gladwell
“Is he single? Asking for me and my friends?” -Megan Thee Stallion
“Looking forward to playing him in the bio-pic about his amazing life and career”. Viola Davis
“I remember when Kofi used to say he looks like me, now I’m telling people I look like him.”- Idris Elba