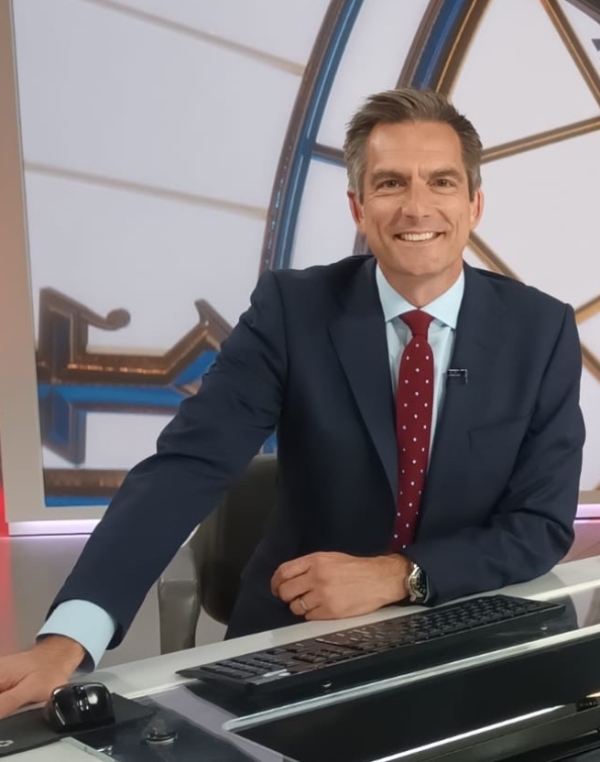 Jonathan has been a broadcast journalist for 25 years and is currently one of the main presenters for Sky News.

Jonathan began his career as a BBC trainee, starting at BBC Radio Cornwall and then moving into regional television. He was Chief Correspondent for Channel 5 news before becoming a Sky News foreign correspondent, based in Sydney.

As a reporter he has had a ringside seat at some of the biggest stories of recent years.

Jonathan was in Chicago when Obama won his first election, covered the missing miners in Chile, conflicts in the Middle East, protests in Hong Kong and Bangkok, tsunamis in Japan and Indonesia, bushfires in Australia, floods in Pakistan and Europe, terror attacks and royal tours.

For a number of months he was based in LA covering the Michael Jackson trial and also spent weeks following the search for missing plane MH370. He was in Rome when Italy became the first country outside China to go into Covid lockdown.

More recently he anchored hours of live coverage for the G7 summit, COP26, the fall of Kabul, partygate, the Ukraine war, platinum jubilee, death of Prince Philip, and council and by-election results.

Jonathan is adept at making people feel at ease when being interviewed with his natural warmth, authority and empathy.

Away from the tv cameras he is an experienced conference facilitator, awards host, master of ceremonies and speaker.

When not working he is a keen travel writer, plane enthusiast and author – his first novel is out any decade now.