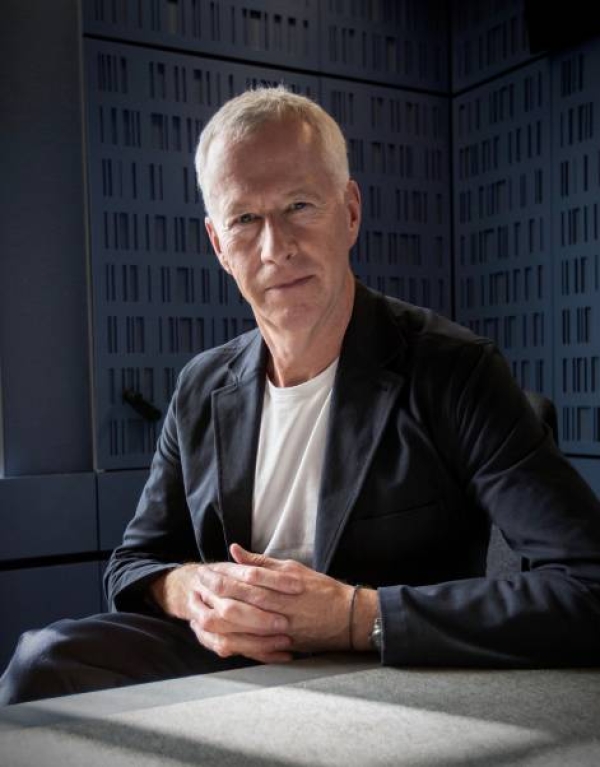 As a freelance journalist and broadcaster, John Wilson has specialised in arts and cultural affairs for over 20 years. He presents This Cultural Life, the acclaimed Radio 4 interview series and BBC Sounds podcast on which John’s guests have included Paul McCartney, Kenneth Branagh, Tracey Emin, Nicole Kidman and many more. The series is also televised on BBC Four.

John is one of the most familiar voices on BBC Radio 4, a hugely experienced live broadcaster who presented the flagship arts magazine show Front Row from its launch in 1998 until he left the show in 2021. He is also the host of the music series Mastertapes with guests including Randy Newman, Sinead O’Connor, Robbie Williams, Paul Weller, Emeli Sande and many more. Each episode is recorded in front of an audience at the BBC’s Maida Vale Studios. A special edition with Paul McCartney was filmed by BBC television.

As a journalist, John is also heard on Radio’s flagship current affairs programme Today, and has presented and produced dozens of series and documentaries including The Price of Song, Epiphanies, In The Studio and the Sony Award-nominated series Meeting Myself Coming Back.

In 2020 John produced and presented the documentary film The Billion Dollar Art Hunt for BBC4, in which he investigated the world’s biggest ever art heist in which works by Vermeer, Rembrandt and Degas were stolen from the Isabella Stewart Gardner Museum, Boston, in 1990, a crime that remains unsolved. Other television credits include live presenting the 2020 Booker Prize and 2021 Museum Of the Year Award on BBC News. He also presented many editions of Newsnight Review on BBC2. John was part of the on-screen line up of the BBC2 version of Front Row. In the 2018 Christmas University Challenge series, he captained a team of fellow alumni of the University of Southampton.

John’s experience and breadth of expertise in the field of arts broadcasting is almost unrivalled. He has reported on art and cultural affairs from around the world, including Iran on several occasions, and made a radio documentary in China about the Terracotta Warriors and the First Emperor. He has written about cultural affairs for a range of publications including The Observer, The Guardian, the Times, The Independent, Art Newspaper, Time Out.