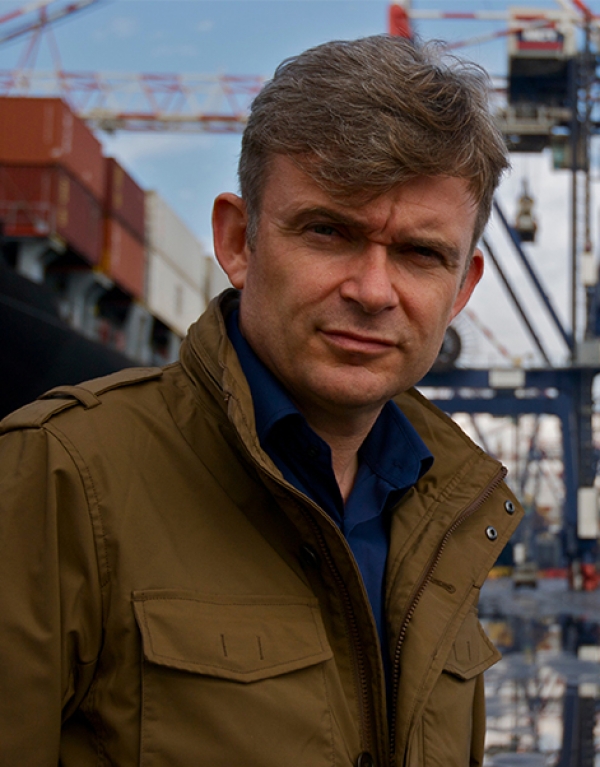 John Dickie is Professor of Italian Studies at University College London. He is the author of the best-sellers Cosa Nostra. A History of the Sicilian Mafia (+/- a million copies sold, translated into 21 languages) and Delizia! The Epic History of the Italians and their Food (translated into 10 languages, winner of several prizes), as well as many other books and articles on diverse aspects of Italian history, including natural disasters, national identity, the Catholic church, and bandits. He has a high public profile in Italy, particularly as an expert on organized crime and Italian food.

John’s most recent book is the widely reviewed and acclaimed The Craft: How the Freemasons made the Modern World.

John presented The Mafia’s Secret Bunkers (BBC2, 2013). Since then, he has presented and co-written a trilogy of documentaries on the problems of the Catholic church: Holy Money (2014); The Cross and the Gun (2015); and Behind the Altar (2017). In 2016 his book Delizia! was turned into a 6-part series (Eating History: Italy—or De gustibus in Italy), presented and co-written by John. The series aired right round the world, apart from the UK. In Italy, it was History Channel Italia’s second most popular programme of the year.

For several years John hosted the Barilla Pasta World Championships, held over three days in Milan and Parma. In 2010 he was a judge in the Pesto World Championships in Genoa. He appears regularly on TV, radio and other media across the world to comment on his areas of expertise.

In 2005, the President of the Italian Republic appointed John a Commendatore dell'Ordine della Stella della Solidarietà Italiana (Commander of the Order of the Star of Italian Solidarity), a senior civil honour.

John presents and writes both in English and Italian.