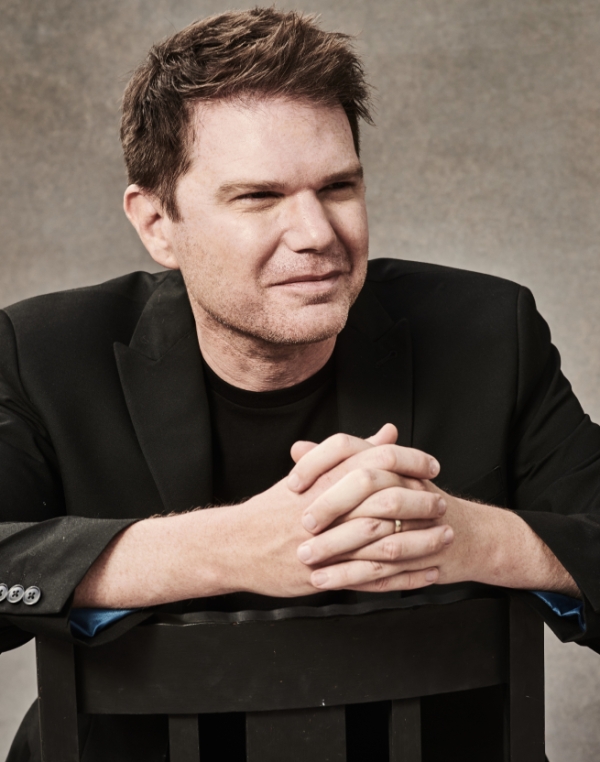 James is a writer, broadcaster and one of the best known film critics in the UK. He appears regularly on a number of programmes on television and radio including the BBC News Film Review, ITV's Weekend and is BBC Radio 2’s resident movie critic, providing his expertise on the Jo Whiley Show among others. He also writes a weekly column for HELLO! Online.

He presented The Official James Bond Podcast: No Time To Die. The seven-part series focused on different aspects of the James Bond universe from characters to location and music to action it also included exclusive interviews with Daniel Craig, Rami Malek and Billie Eilish.

James is the author of several books including, most recently, Be More Keanu and Fast Times & Excellent Adventures: The Surprising History of the 80s Teen Movie. He has also made several documentaries for the BBC on subjects including the Academy Awards, the Cannes Film Festival, legendary writer/director Quentin Tarantino and the nations favourite Christmas films.

He continues to be a go-to interviewee for a number of television documentaries, including The James Bond Story, The Harry Potter Story, The Lego Story and The Mamma Mia! Story (all for Five) and The Best Sci-Fi Films in the Universe (Sky Cinema). Recent corporate work has included partnerships with BT TV, Vue cinemas and Sotheby’s.

James is also an active member of BAFTA, helping to judge their annual EE Rising Star Award and taking part in a number of on-stage Q&As with stars such as Nicole Kidman, Keira Knightley and Julia Roberts.

After completing degrees in Film Studies at both Warwick and Westminster universities, James began his career as resident movie expert on BBC Radio 1 - a Sony Award nominated role he held for eleven years. He followed this with three series of ITV2’s weekly film show and was the regular reviewer on ITV1’s London Tonight.

James has a wealth of experience hosting events and award ceremonies, both at home and abroad.