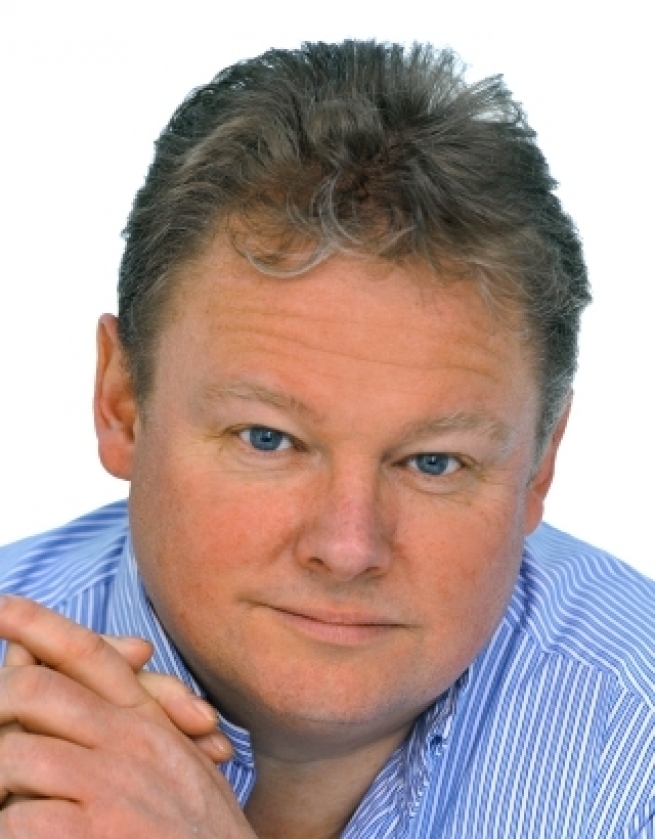 David FitzGerald has been in the media for over thirty two years, covering television presentation, programme production, corporate and commercial presentations plus script writing, commercial voice overs and an after-dinner speaker (with a strong line in comedy). With a regular programme on BBC Radio Devon he has now turned his attention to writing and has just completed his third children’s book with Falkland’s veteran Simon Weston. A new series of four books are to be completed over the next two years with artist Rob Dudley.

Starting in radio in 1980, David moved through ILR and into television by 1986. Based with TSW in Plymouth, he started working on the production side of programmes and soon made a name for himself as a scriptwriter. By 1994 he had joined the presentation side of Sky News and covered every major world event from the arrest of O.J.Simpson to Waiko and the Oklahoma bombings. David covered the death of Diana Princess of Wales, the war in Bosnia, General Elections, Royal Weddings and every major headline grabbing story for seven years.

Over the past few years he has written for Spitting Image, won The Olympic Committee's award for television production for The Red Arrows Documentary and even appeared as a question in Trivial Pursuit!

David is an experienced after dinner speaker working throughout Great Britain and on cruises.