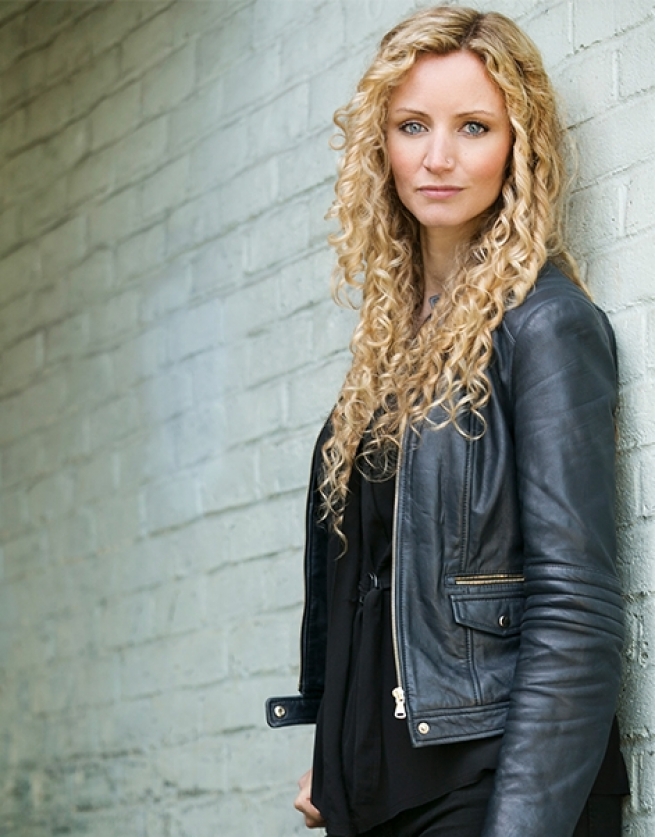 Suzannah Lipscomb is an historian, author, broadcaster, and award-winning professor emerita of history at the University of Roehampton.

Suzannah has presented series on the BBC, ITV and Channel 5. Her most recent series was London: 2000 Years of History for Channel 5. She also co-presented a three part series on Elizabeth I, where she told the epic story from the monarch's point of view and a three part series on the Great Fire of London, where Suzannah followed the stories of those affected by the historic fire, along with the four part series Henry VIII and His Six Wives with Dan Jones, all for Channel 5. She also presented the series Witch Hunt: A Century of Murder and Henry & Anne: The Lovers Who Changed History, both two-part series.

Suzannah presented BBC4's Hidden Killers series of documentaries - The Victorian Home, The Edwardian Home, The Tudor Home and The Post-War Home, all to great acclaim and frequently repeated.

She also presented the two part series Nicholas and Alexandra for UKTV.

Suzannah presented the award winning podcast series for Historic England, Irreplaceable: A History of England in 100 Places and the podcast series History’s Lost Speeches for Audible. In April 2021 she launched her own podcast, Not Just the Tudors, with History Hit and it immediately rose to the top of the history charts.

For the Royal Wedding of 2011 and the funeral of Prince Philip, Suzannah commentated live as part of the CTV (Canadian Television) studio coverage from Buckingham Palace and for the wedding of Prince Harry to Megan Markle Suzannah appeared on Channel 5 News and BBC Breakfast. She has also appeared on BBC’s The One Show, Channel 4’s Time Team, and BBC Radio 4, and presented BBC Radio 3’s The Essay. She has also made appearances on BBC2's Newsnight and Channel 4 News and on royal historical documentaries.

Suzannah is a Fellow of the Royal Historical Society.

As a Scholar, Suzannah took a double first in her BA and a distinction in her Masters, both in History at Lincoln College, Oxford. She won the Jowett Senior Scholarship to Balliol College, Oxford, to study her D.Phil. in History, which she was awarded in 2009. In 2006-2007, she held a Royal Historical Society Marshall Research Fellowship at the Institute of Historical Research. In 2007-2010, Suzannah was Research Curator at Hampton Court Palace.

She was also a consultant to Historic Royal Palaces and an External Advisory Member on their Research Strategy Board. She was Chair of the Costa Book Award judges in 2020.

She is author of The Voices of Nîmes: Women, Sex, and Marriage in Reformation Languedoc (OUP, 2019), Witchcraft (Penguin Ladybird 2018), The King is Dead: The Last Will and Testament of Henry VIII (Head of Zeus, 2015), A Visitor’s Companion to Tudor England (Ebury, 2012), and 1536: The Year that Changed Henry VIII (Lion Hudson, 2009). She writes a regular column for History Today, and her articles have appeared in The Guardian, The Daily Telegraph, The Sunday Telegraph, The Times, The Daily Mail, BBC History Magazine, and the Times Literary Supplement.

She is frequently invited to give talks and after-dinner speeches at business events, galleries, museums, clubs, schools, literary festivals and local history societies.

Suzannah Lipscomb's Walking Tudor England continues tonight on 5 Select at 9pm or catch up with the previous episodes on My5. This week, Suzannah will be visiting parts of East Anglia associated with Queen Mary, including the castle where she was crowned and a site in Norwich where protestants were…
read more
Suzannah Lipscomb presents a new series, Walking Tudor England, for 5 Select. Starting on Tuesday 13th July at 9pm over 6 episodes, Suzannah will be travelling across the country to visit the most significant locations in the absorbing tales of the Tudors.
read more
Suzannah Lipscomb has joined forces with History Hit to present and produce a major new podcast, Not Just the Tudors, launching 29th April. Suzannah will be talking about everything from the Aztecs to Witches, Velazquez to Shakespeare. Not, in other words, just the Tudors, but most definitely also…
read more
Jennie Bond, Suzannah Lipscomb and Joan Bakewell present a number of films in the new Channel 5 series Secrets of the National Trust which airs throughout August. From a curious round house in Devon to a tiny Hawkers Hut in Cornwall they take a look behind the scenes at some of the Trusts loved…
read more
Suzannah Lipscomb co-presents a special Proms on BBC Four, Sunday 18th August at 7pm. The evening of music celebrates the 200th anniversary of Queen Victoria's birth including Mendelssohn's 'Scottish' Symphony and First Piano Concerto, performed by Stephen Hough on Victoria's piano.
read more
From March 5th, historian Suzannah Lipscomb presents the four part series, London: 2,000 Years of History. In the series, Suzannah joins the team exploring the city's rise to becoming the capital of The British Empire and ultimately the thriving megacity that we know today. Learn about this…
read more
Read more news...