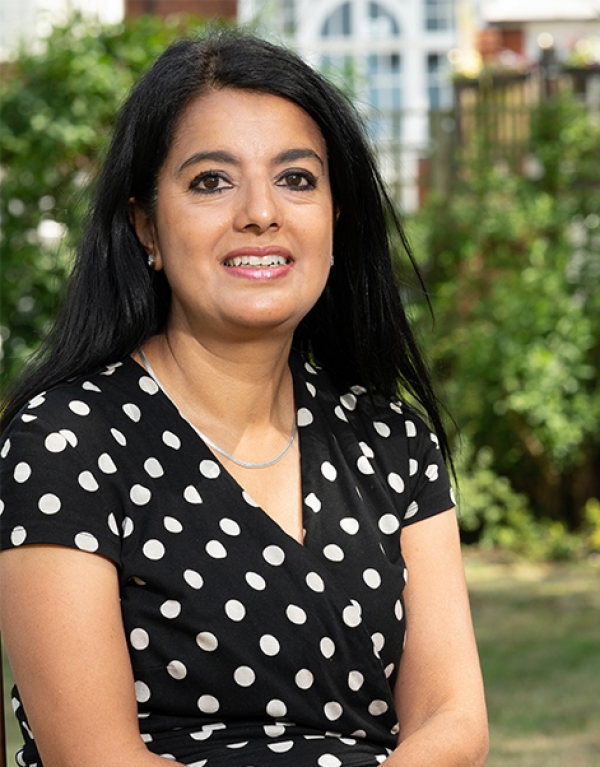 When she retired from the Metropolitan Police after 30 years’ service, Parm Sandhu was the highest ranking Asian female police officer in its 189 year history. She is a confident and sought-after presenter of UK and international events for public, private and voluntary organisations. She has frequently provided interviews for TV and print news – including many about the future of policing in the light of the Sarah Everard case.

Parm presented a film for the BBC’s One Show in November 2021, looking at trust and confidence in policing.

Parm’s book, Black and Blue: One Woman’s Story of Policing and Prejudice was published in June 2021.

Parm has expert knowledge of a number of high-profile cases and incidents: she was involved in the internal enquiries into the investigations into the murder of Stephen Lawrence and Daniel Morgan. She was also the senior officer on duty when Drummer Lee Rigby was murdered in the streets of Greenwich in London.

Having herself been the victim of an enforced marriage and domestic abuse, Parm has taken a special interest in so-called “honour-based” crimes. She was the London lead for criminality involving honour-based abuse, female genital mutilation (FGM) and forced marriages, coordinating the work of three different forces; the Met, British Transport Police and City of London Police. She researched and presented a dissertation for her Master’s Degree examining why young girls (jihadi brides) were leaving the UK to travel to conflict zones.

One of Parm’s most challenging roles was working in national counter-terrorism. As number two in charge of “Prevent” she was responsible for liaison with a range of ethnic groups seeking to identify and rehabilitate young people attracted to radicalism.

Parm is an Executive Member of the Women’s Interfaith Forum – (chair Lady Gilda Levy). She is very proud that in her role as representative of women in policing and religion, she had a private audience with Pope Benedict XV1 on his UK tour. She is an Ambassador for the SHARAN Project (refuge and advice on domestic violence) for vulnerable women and children, and is an active supporter of Jimmy Mizzen Foundation (communities to resist violent crime).

Parm counts as her greatest achievement her role at the centre of a large extended family, as well as her friends, garden and home. She is inexplicably drawn to mad renovation projects, loving to restore run-down houses to their original grandeur. Her latest acquisition is a Grade 2 listed lodge that has been more demanding than most!

Awards
Award from His Holiness the Pope (for work on inter-denominational cohesion)
Reception HRH Queen Elizabeth (for actions in the aftermath of the bombing atrocities)
Asian Women of Achievement for Services to the Community.
India Pakistan International Foundation
Asian Women’s Awards
Sikh Woman of Distinction - Sikh Women’s Alliance

Finally as a mature student she studied successfully, proudly attaining a Master’s Degree, Master of Science in International Criminal Justice Studies with Merit (2017).