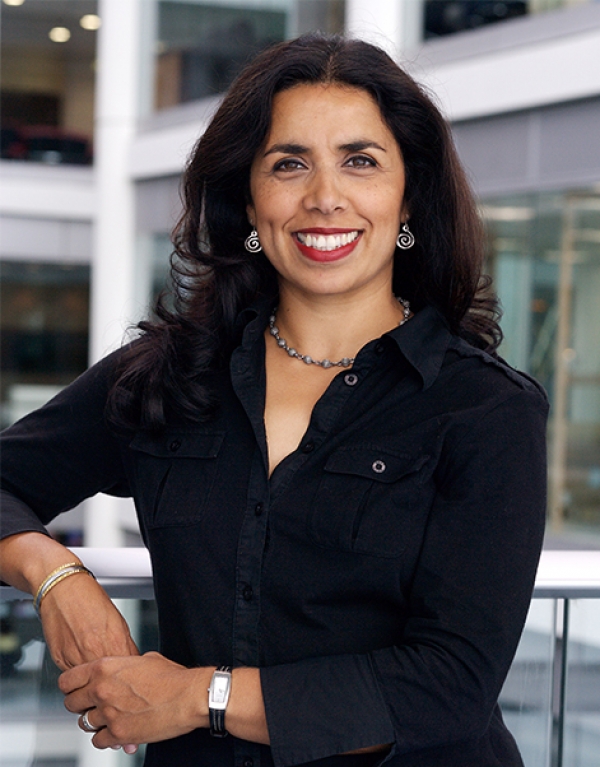 Nina is the Arts Editor for ITV News. She joined ITV in 2002 from the BBC to specialise in Arts and the Media, covering the Oscars every year and has interviewed every major screen star. She regularly reports for ITV News' flagship programme News at Ten, covering arts and cultures across Britain and the world.

Her recent stories have included exclusives with Steven Spielberg, Meryl Streep and Tom Hanks and coverage of the campaign to improve India's sanitation, led by Indian star Akshay Kumar, and breaking the taboo around menstruation in India and beyond, for which she chaired a studio debate with campaigners including Twinkle Khanna.

She is a regular contributor to programmes on entertainment and popular culture and also reports for ITV's documentary series On Assignment where subjects have included the fight against Aids/ HIV in San Francisco, the booming film industry in Morocco, and the campaign by Hollywood’s female stunt fighters to get equality with their male counterparts.

Nina started out at the BBC as a news trainee, then worked on regional and national radio and TV, which included 3 years presenting Asian Perspective, a live news and current affairs programme on BBC Five Live, and presenting on the Asian quiz programme Q-Asia on BBC2.

She was a regular judge on the "What The Papers Say Awards", and for Rushes, the London Short Film Festival. She has also judged the Grierson Documentary Awards and is a member of Bafta, voting in their film and TV awards, and she is Brits voter.

In 2007 she was awarded an Honorary doctorate for Services to the Media. Nina is an Ambassador for The Princes Trust, and The British Asian Trust and also a Patron of Akademi, the international South Asian Dance Company for whom she chaired a symposium at the Royal Opera House on the origins of song and dance in Indian cinema.

She is a Patron of the BookEast Literary Festival, and a Trustee of the Young Norfolk Arts Festival and a Governor of Norwich University of the Arts. She was a Fellow of Gloucester University and the guest speaker on Race and the Media at Syracuse University. She is also a Patron of Leeway, a charity tackling domestic abuse, and a panel chair for the Women of the World Festival, speaking on women in the media and race.

Nina’s interests are wide – women’s rights around the current fights for equality and she is actively engaged in supporting people of colour in the arts industries.

As a working class daughter of Indian immigrants, she joined the television industry very much in the minority, and her long and distinguished career make her an important voice today.

She write blogs for ITV online - this recent one, used by NHS Organ donation and Kidney Research, is her personal account of her husband’s transplant a year ago
https://www.itv.com/news/2019-10-11/gift-of-life-the-decision-someone-took-to-carry-a-donor-card-means-my-daughter-has-got-her-old-dad-back/