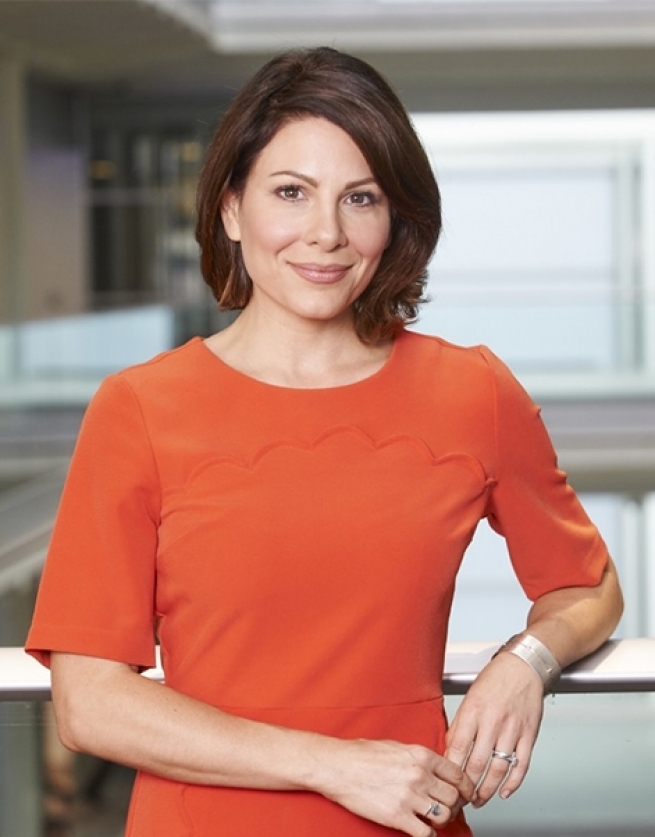 Lucrezia is a presenter and reporter for ITV News.

She is a familiar face on UK bulletins including the ITV Lunchtime News and ITV weekend news.

She broke the news of the birth of not one, but two royal babies and was part of ITV's on-screen team on the day of Harry and Meghan's wedding.

In 2020, Lucrezia took part as a contestant on ITV’s Dancing On Ice. She will be taking part in the ITV’s prime time mixed athletics competition The Games which transmits in May 2022.

As former Entertainment Correspondent for ITV London she is as comfortable on the red carpet as she in the studio. One of the few journalists to ask Tom Cruise about Scientology, she has a long list of celebrity interviewees from Stephen Spielberg to the cast of The Avengers, Dolly Parton to the Rolling Stones. She even presented Rihanna with her first Oyster card!

Lucrezia studied law at Bristol and trained as a barrister before becoming a journalist.

She was born in London and lives there with her husband and highly demanding dog, Milo (a Lhasa Apso).

Aside from the day job, she has chaired conferences and hosted a number of corporate award ceremonies, with clients always noting her warmth and natural presence. She has also worked on ITV's documentary series On Assignment.

She is a keen supporter of animal rights and backs various charities including the Cats Protection League, The Humane Society and PETA.

A world traveller, she’s keen to visit new destinations, always with the aim to prove that being a ‘foodie’ and a vegetarian are not mutually exclusive. Bring on the tasting menu!