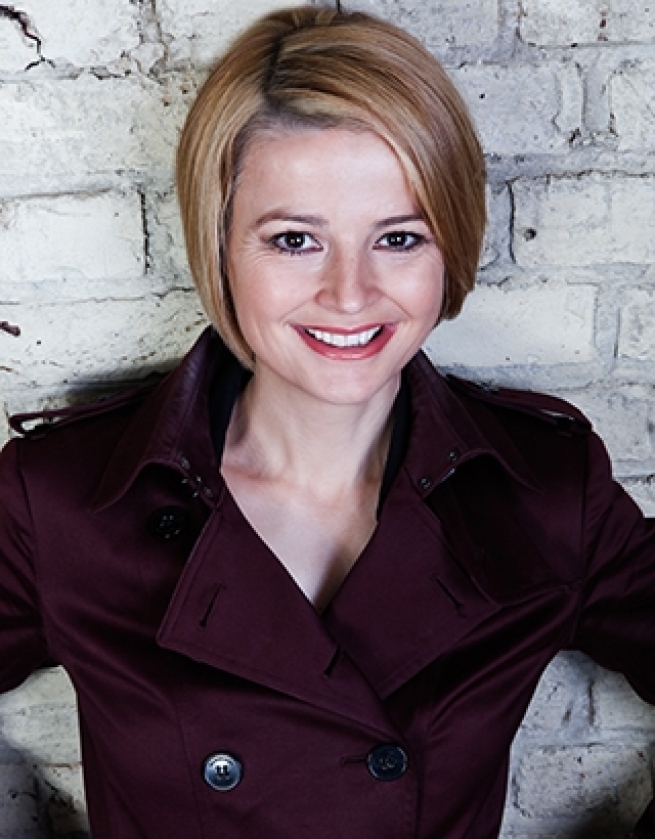 Kate Gerbeau (nee Sanderson) is an award winning broadcaster and journalist. In June 2014 she launched, as main presenter, the UK's first ever television channel about the Armed Forces and Defence aimed at both the military community and the wider public. She also anchors its nightly news programme British Forces News, broadcast both on Forces TV and BFBS. On radio she hosts a weekly half hour Defence and International Affairs programme on BFBs, "SitRep" which won a Sony Award in 2012. Her work for BFBS and Forces TV gives her wide access to a range of interesting interviewees from the Prime Minister, to the Head of the Armed Forces to Formula One racing drivers. Kate also presents the podcast series The Case Files.

Kate's network television career began in 1997 (after working on Regional TV and radio) when she became the presenter of the Newsround, the BBC's longest running news programme for children.  During her 4 years there, she reported live from the earthquake in Gujarat, from the foot of a live volcano in Montserrat and went undercover in Russia to expose the treatment of disabled children in orphanages.  The report earned her a BAFTA. Kate went on to be a regular Newsreader on BBC Breakfast on BBC 1, co-presented the corporation's consumer programme ‘Watchdog,’ and was a regular Reporter and Presenter on the BBC1 Sunday morning programme ‘Heaven and Earth.’  She left the BBC in 2004 to join the relaunch of Five News, where she fronted the live, daily lunchtime programme for 3 years, interviewing a broad range of guests from pop stars to politicians.  Kate also presented a range of other programmes for Five News, including a live tomb excavation from the desert in Egypt and an animal rescue series.

She holds a BA in French and German from the University of Bristol and loves languages. She's fluent in French, speaks German and is learning Spanish. She's also an animal lover and keen horse rider having recently started competitive show jumping. She can also swing a (golf) club and enjoys scuba diving.

Kate is married to Frenchman and "serial entrepreneur" PY Gerbeau and has a daughter.