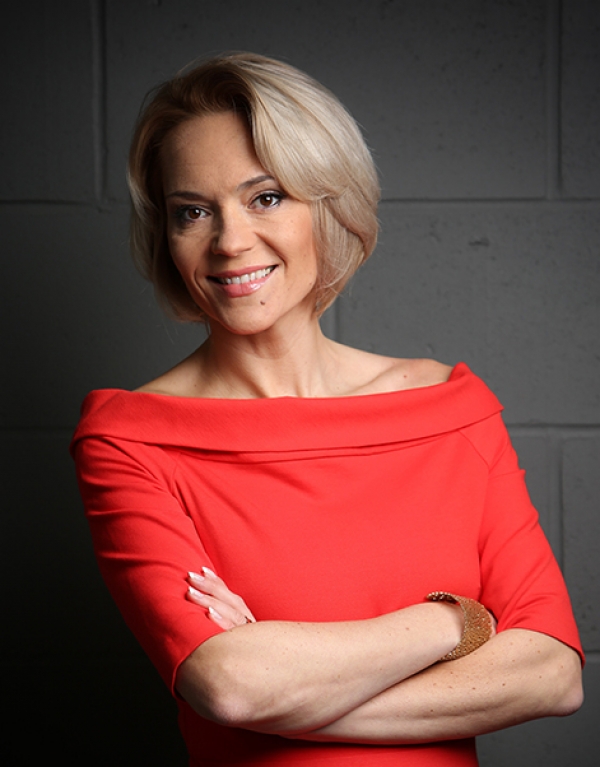 Kasia Madera is a BBC World News presenter and one of the main anchors of Newsday, the BBC's flagship fast paced news programme which is broadcast during US prime time hours. It was recently named Best News Programme at the 2017 Asian TV Awards. A regular host on many of the other BBC News flagship programmes, including Outside Source, Global and Impact, Kasia has 20 years broadcasting experience, 16 of which have been as a journalist for BBC News.

Kasia has broken many big news stories, including announcing the death of Nelson Mandela on a special rolling news programme simulcast across all BBC News output. Again simulcast across all output she anchored BBC News after the London 2012 Olympics Opening Ceremony when the Channel achieved its highest ever viewing figures.

Whether it is election coverage or terrorists attacks, Kasia has immense experience and is versatile and adaptable in any breaking news scenario.

In July 2017 Kasia was among a handful of specially selected VIP guests who met the Duke and Duchess of Cambridge at a private function. During the informal chat Prince William said he regularly watched Kasia and BBC World News.

Her Polish heritage means that Kasia has a strong following among the global Polish diaspora and is regularly featured in the Polish press.

Kasia has hosted conferences and has chaired panel debates as well as taken part in them. Kasia has also hosted black tie award ceremonies.