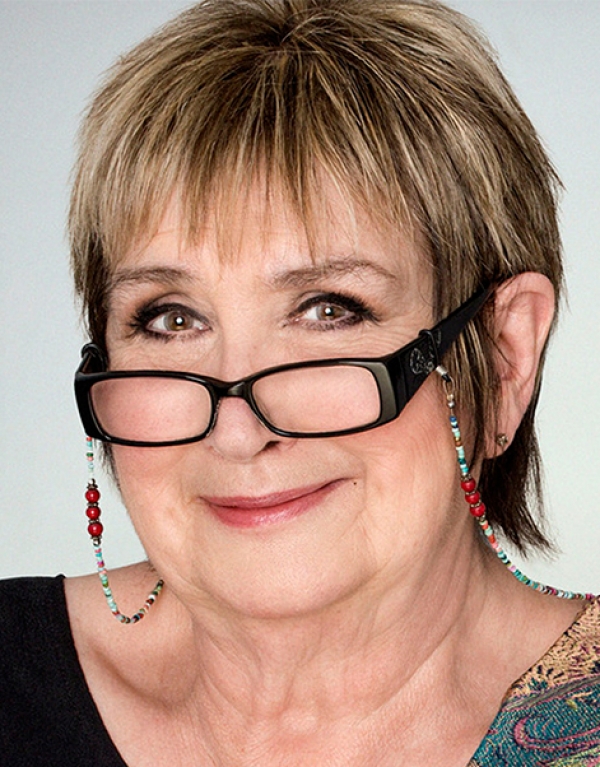 Jenni Murray DBE began her broadcasting career in local radio in Bristol as a presenter and producer of a daily mid morning programme of phone ins, current events and music. She went on to become a television presenter, reporter and documentary maker, first in Leeds and then on South Today in Southampton.

She has interviewed every Prime Minister of the last thirty years, is as comfortable with high powered politicians as with the grieving parents of Madeleine McCann and the first Hollywood star she encountered was Bette Davies. There have been many more. She was a frequent presenter of radio 3's Sunday morning programme during her years in Manchester.The late foreign correspondent, Charles Wheeler, described Jenni as having 'the most beautiful voice on the radio - ever.'

Jenni has made numerous television documentaries including the Duchy of Cornwall with Prince Charles for BBC 2 and Right to Die for Channel Five. She was one of the presenters, along with Paul Heiney, of ITV's This Sunday Morning and was twice the winner of The Weakest Link.

She has hosted award ceremonies for a range of clients, most recently for women in the armed forces. She is sought after as an after dinner speaker, conference chair and inspirational speaker on subjects and for clients as wide ranging as the NSPCC, a rugby club, women in the law and personal assistants.

She writes regularly for a number of publications and is the author of several books including, most recently, A History of Britain in 21 Women, A History of the World in 21 Women and Fat Cow, Fat Chance.

Jenni has won many awards including the Broadcasting Press Guild Radio Broadcaster of the Year in 1995, Sony Best Interview in 2010 and the Sony Gold Award for Outstanding Career Achievement in 2011.

In 2011 she became Dame Jenni Murray in recognition of her contribution to broadcasting.

Jenni Murray is presenting a new podcast series for Now Teach, called Now I’m Grown Up. Over six episodes Jenni will be speaking to people who have swapped offices, newsrooms and courthouses for the classroom and will hear about their experiences of changing their career to teaching. The series…
read more
Jenni Murray joins a host of celebrities to take part in the latest series of The Real Full Monty: On Ice, aiming to raise awareness of cancers in intimate areas of the body. Tune in on Monday 14th and Tuesday 15th December at 9pm on ITV.
read more
Jenni Murray will be joining the cast of The Real Full Monty on ITV, her first television programme since leaving Radio 4’s Woman’s Hour. Jenni will be taking part in the series which will transmit during the festive season and will perform the routine in a winter wonderland spectacular. The…
read more
Today Jenni Murray presents her last edition of Woman’s Hour after 33 years. As this chapter closes we are looking forward to working with her on new ventures in broadcasting and the commercial world.
read more
Read more news...