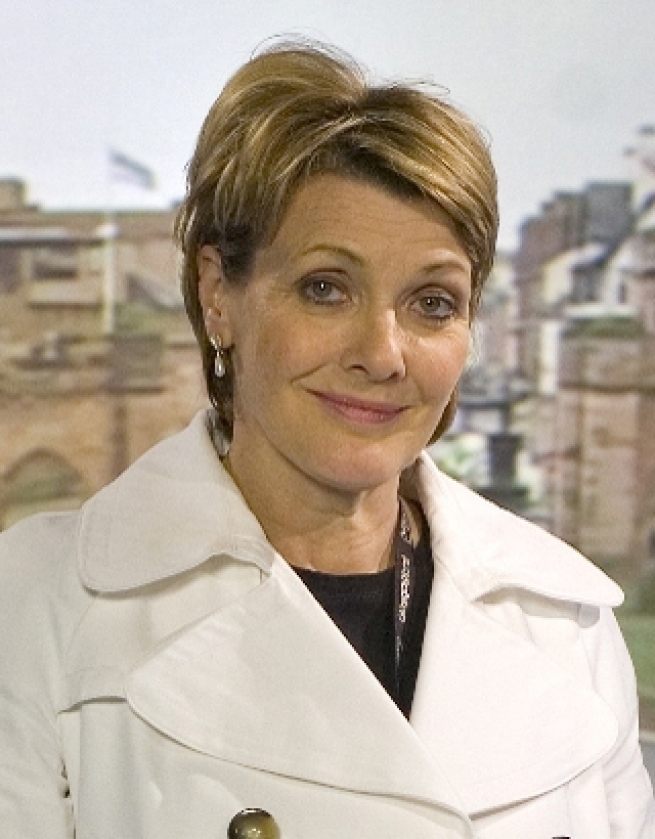 Fiona Armstrong has been a familiar face on national and regional news for many years. Fiona’s work ranges from news to features, to sport. She is currently reporting and presenting for ITV's Borderlife programme in Scotland; for which she was awarded the ITV News Award for Best Current Affairs for her report for Border Life on the 30th Anniversary of the Lockerbie disaster in 1988. She presented the two-part series, A Scottish Journey, for ITV Border.

Fiona has made films on Aids orphans in Africa and the Lockerbie air disaster. She reported on the removal of landmines in Cambodia and the work of the Mercy Ships in West Africa. She has also just fronted a series on domestic abuse. Other recent projects include a series called River Journeys and Reivers, which looked at borderland history.

Fiona started her broadcasting career with Radio 210 in Reading and the BBC in Manchester. She has since worked for Border TV, with ITN as a newscaster, with GMTV, BBC World News, BBC News Channel and the Carlton Food Network, where she presented a series called Easy As Pie. For the American network, NBC, she fronted several series of Executive Lifestyles. She has contributed to programmes for Radio 2 and 4.

Her work has covered subjects from politics to fishing, from cooking to antiques. As one of the UK’s best-known women anglers, she has presented fishing programmes for Sky TV.

Fiona has written two fishing books and two cookbooks. She has a column in the Scottish Field about Scottish clan life and another in an American/Scottish magazine. She has produced more than 20 films and videos on Scottish clans. She is currently writing a book on a family member who was literary confidante to Queen Victoria. She is married to a Scottish clan chief and likes to swim, fish and cook.

In January 2016, Fiona was appointed to the very prestigious position of Lord Lieutenant of Dumfries by the Queen, acting as the personal representative of the Crown for the county.

Fiona received an Outstanding Contribution Award at the Royal Television Society North East and Border Awards 2017. The award recognises Fiona’s long and distinguished career in broadcasting, particularly in the NE region. Fiona was awarded an Honorary Doctorate for outstanding achievement from the University of Glasgow in 2019.

Huge congratulations to Fiona Armstrong who was awarded an honorary doctorate for outstanding achievement from the University of Glasgow on Wednesday 3rd July at the university’s campus in Dumfries. She was joined by a number of University of Glasgow Alumni including Sam Heughan.
read more
A very warm congratulations to Fiona Armstrong, who has been awarded the ITV News Awards for Best Current Affairs for her report for Border Life on the 30th Anniversary of the Lockerbie disaster in 1988.
read more
Fiona Armstrong presents the first ever 24-hour live global TV show on Fishing TV for World Fishing Day, Saturday 23rd June. The show celebrates the joys of fishing and highlights the incredible power of angling to better the world and people’s lives.
read more
Fiona Armstrong has been appointed the Lord Lieutenant of Dumfries in south west Scotland. Fiona will be the representative for the Crown in Dumfriesshire and her duties involve organising official royal visits to the region, and overseeing royal and civic awards. Fiona joins 97 other Lord…
read more
Read more news...