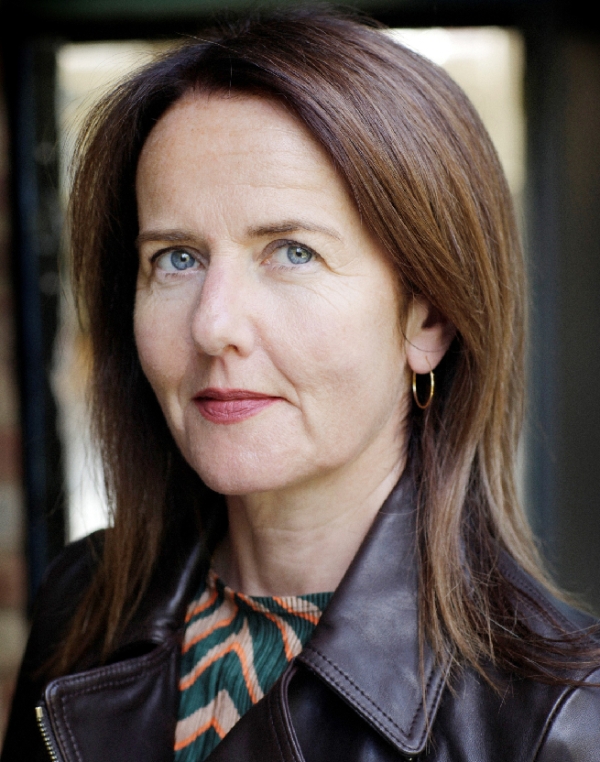 Fi Glover is a journalist and presenter who currently presents the Fortunately podcast with Jane Garvey for BBC Radio 4 and BBC Sounds . The podcast has been downloaded over 25 million times, was the 2018 winner of the ARIAS (Audio and Radio Industry Awards) Funniest Show and won Silver at the 2019 British Podcast Awards. In 2021 it was in the top 3 most listened to podcasts on BBC Sounds and has been No. 1 in the Apple podcast charts. From the podcast came a book ‘Did I Say That Out Loud?’ written with Jane Garvey and published by Orion in 2021, along with a series of sell out live shows across the UK.
Fi also presents The Listening Project for BBC Radio 4, an ambitious joint initiative by the British Library and the BBC which aims "to capture the nation in conversation".

Fi is a weekly columnist for Waitrose Weekend .
Fi joined the BBC in 1993 on the Trainee Reporter Scheme, going on to GLR in London as a junior reporter and working her way up to present the Breakfast Show with Gideon Coe. In 1996, she moved to BBC Radio 5 Live to present The Ad Break and spent seven years there as a key broadcaster in news and political coverage, presenting Sunday Service, with Charlie Whelan and Andrew Pierce, Late Night Live, the Afternoon Show and the mid-morning phone in.

In 2004 Fi took over from Eddie Mair on Broadcasting House before launching BBC Radio 4's Saturday Live which she hosted from 2006 to 2011. In May 2008 Saturday Live won Best UK Speech Programme at the Sony Awards. In 2010 readers of Radio Times voted Glover the 9th Most Powerful Voice on Radio.

In Autumn 2015, she also launched My Perfect Country on the BBC World Service - a show looking at successful public policy around the globe. Described by the Radio Times as ‘one of the best ideas on the radio’ the programme opened the UN ECOSOC session of 2016 in New York City at the invitation of the UN Secretary General. Two spin off series of My Perfect City were made in 2019.
Fi has also hosted a variety of other series for Radio 4 in the last decade including: Two Rooms, Shared Experience, Glass Half Full, Revolutionary Radio and has made several documentaries focusing on experiences of modern parenting with producer Sarah Cuddon - Listen Without Mother in July 2014, The Great Egg Freeze July 2014,The Expressing Room March 2018 and Dads and The Delivery Room in December 2019.

On television Fi has presented The Travel Show on BBC Two in the late 1990’s, in 2014 she hosted BBC One's six part reality history show, 24 Hours in the Past , she has hosted several editions of Newsnight and appeared on Sport Relief Does Bake Off where Mary Berry described her cookies as ‘great for the family biscuit tin’. That still hurts Fi to this day.

Fi was Chair of Judges for the Women’s Prize for Fiction in 2008, is a Fellow of the Radio Academy and a founder of Sound Women. She has been described by the Guardian as ‘velvet voiced’ but prefers the Mail on Sunday term ‘bucanneering’.