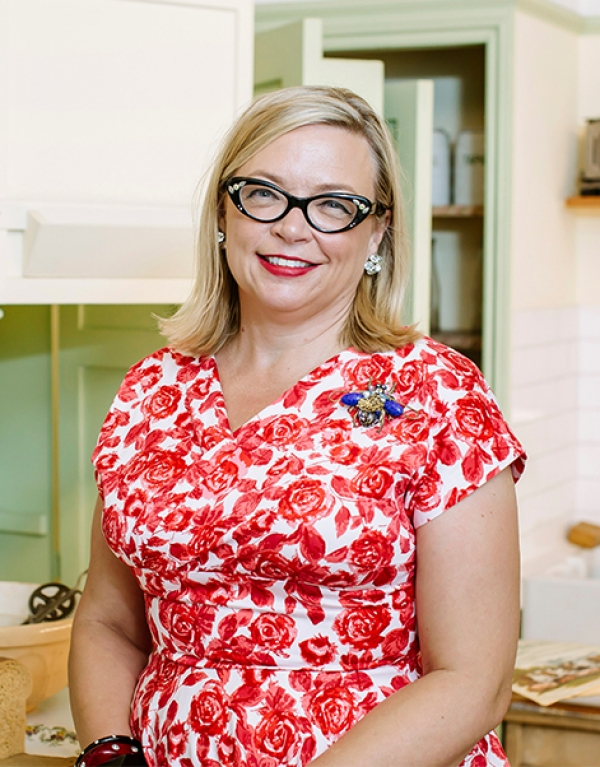 Professor Deborah Sugg Ryan is a historian, author and broadcaster. A former V&A curator, she is a specialist in the history of housing, interiors, products and everyday life.

Deborah is Professor of Design History and Theory at University of Portsmouth and a Fellow of the Royal Historical Society.

A presenter and series consultant for BBC Two’s A House Through Time, she has appeared in all three series. The programme is a fresh way of telling social history through the residents of a single house over a 200-300 year period. Deborah brings the changing interior of the house to life in her segments.

Other appearances include BBC Two’s Inside the Factory, Business Boomers; More 4’s David Jason’s History of British Inventions’; Channel 4’s No 57: The Story of a House, Heaven, Hell or Suburbia.

Deborah has contributed to BBC radio programmes including Your and Yours, Woman’s Hour and Laurence Llewellyn Bowen’s History of Home.

Deborah is the author of two books. Her first book The Ideal Home Through the Twentieth Century (Hazar) told the story of the Ideal Home Show from its founding in 1908 to the present. Her second book Ideal Homes, 1918-39: Domestic Design and Suburban Modernism (Manchester University Press) was shortlisted for the Society of Architectural Historians of Great Britain Alice Davis Hitchcock Medallion for an outstanding contribution to architectural history. It will be reissued as a trade book in 2020 with the title Ideal Homes: Uncovering the History and Design of the Interwar House with a new introduction on researching your house history.

Deborah has also contributed essays to the catalogues of the V&A exhibitions British Design, 1948-2012: Innovation in the Modern Age and Food: Bigger Than the Plate and curated Ideal Homes for London’s Design Museum. She is currently writing a history of the modern kitchen.

She also writes on the twentieth century historical pageant movement that produced outdoor spectacular performances with huge amateur casts. She contributed to an English Heritage podcast on Gwen Lally, pageant master, theatre producer and actress who only played male parts and was also renowned for her striking appearance and masculine style of dress.

Deborah has put her interest in the history of housing into practical use by renovating 6 houses, including a Grade II listed Georgian terrace, and an interwar ‘time capsule’ semi. She is also known for her vintage fashion style.

We are pleased to announce that today marks the publication of the second edition of Ideal Homes: Uncovering the History and Design of the Interwar House, by Deborah Sugg-Ryan.
read more
Read more news...