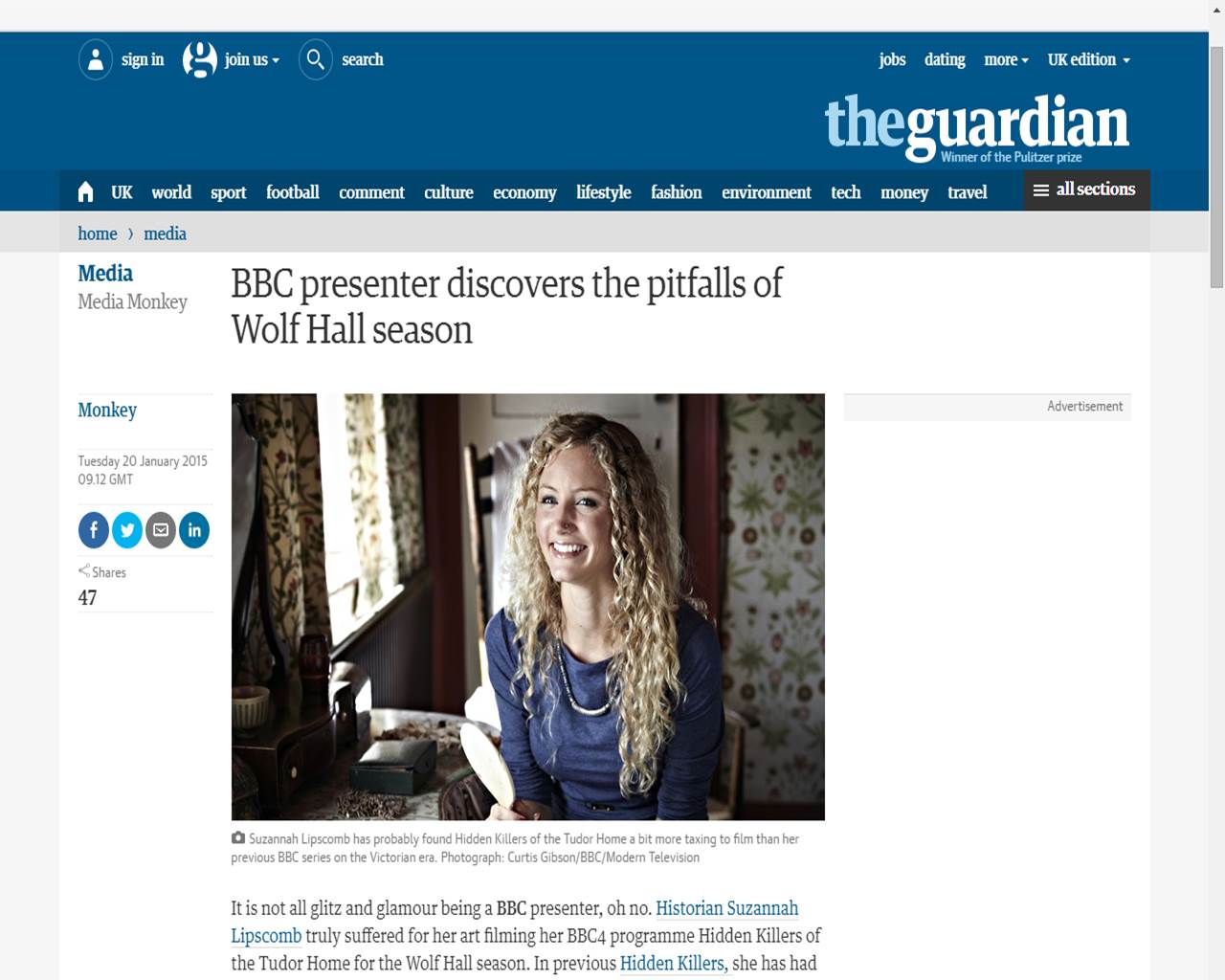 From Media Monkey in the Guardian:

It is not all glitz and glamour being a BBC presenter, oh no. Historian Suzannah Lipscomb truly suffered for her art filming her BBC4 programme Hidden Killers of the Tudor Home for the Wolf Hall season. In previous Hidden Killers, she has had to run up and downstairs in a corset until she thought she was going to faint, knelt in the footwell of a car with her head stuck out of the window as a two-foot Marie Antoinette wig she was wearing on her head wouldn't fit in the car and learned how to joust in chain-mail. In the new Tudor Hidden Killers episode on Tuesday night, viewers will see her plunge into a freezing cold pond in woolen Tudor attire and pretend to drown to demonstrate how easy it was to drown in the highly-absorbent clothing. As Suzannah told Monkey: 'TV gives me a fascinating opportunity to learn about the past by experiencing the physical reality of the age, but I admit I never quite envisaged - back when I was slogging for my doctorate in Oxford - some of the more bizzare activities I would engage in for the sake of history." Monkey dreads to think what the Hidden Killers' production insurance premiums are.