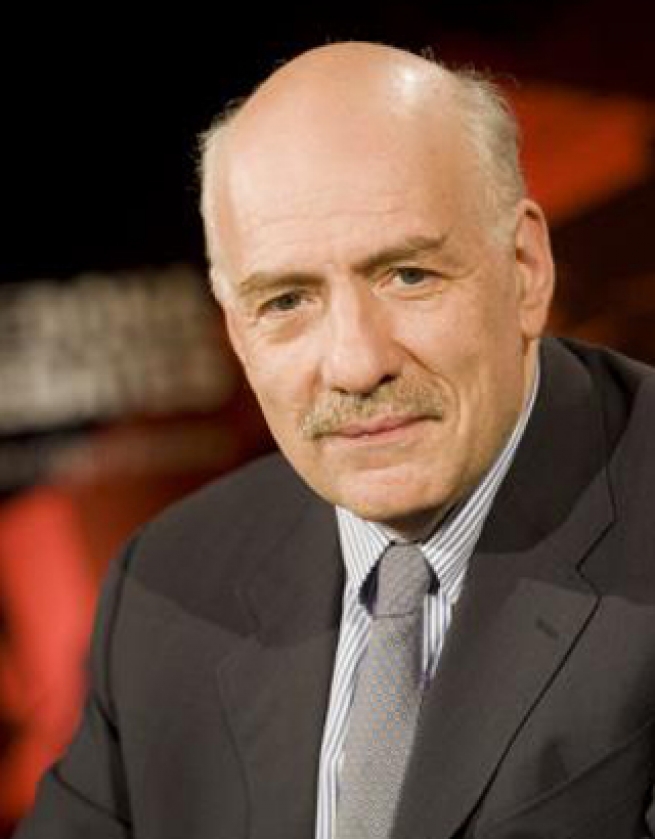 Prior to this, Tim chaired The New Arab Debates, also broadcasted and distributed worldwide on Deutsche Welle TV between 2011 and 2015.

The award-winning former BBC foreign correspondent was the first presenter of HARDtalk, BBC World's daily half-hour interview programme, where he worked for more than seven years.

Tim was the founder and chairman of The Doha Debates which were broadcasted across the globe on BBC World News from 2004 until 2012. The programmes, recorded in the Gulf state Qatar, provided a unique, uncensored forum for discussing the most controversial issues in the Arab and Islamic worlds.

In 2012 he presented the Outsider Debates, recorded in India and screened on Bloomberg TV.

in 1982, Tim was the winner of the "Richard Dimbleby Award" at BAFTA and was also named "Television Journalist of the Year" by the Royal Television Society.

For two years running, in 2000 and 2001, he received the Royal Television Society's "Interviewer of the Year" Award.

Born in London in 1952, Tim speaks Russian and German fluently and also holds a BA Honours degree in modern languages from Oxford University.

A best-selling author, he has written eight novels and two non-fiction books.

In 2015 he was elected a Fellow Commoner at Corpus Christi College, Cambridge to serve during the academic year 2015-16.

Tim has written widely for newspapers including the Mail on Sunday, The Sunday Times and the New York Times.

He also chairs conferences and seminars. He has a wealth of experience hosting events and award ceremonies, both at home and abroad.