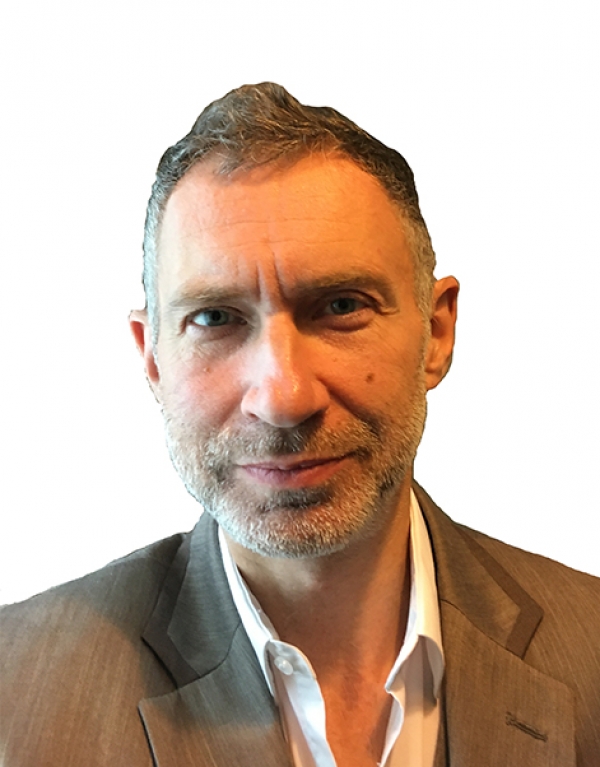 Simon is an award-winning and record-breaking presenter with a 30-year track record in news, music and entertainment broadcasting on radio and television.

He also has extensive experience of hosting audience events and Q&A’s; most recently he hosted coverage of the opening and closing ceremony of the WorldSkills finals in Russia in the presence of Vladimir Putin and Dmitry Medvedev, the London New Year’s Day Parade concert series at Cadogan Hall / St John Smith’s Square in London, and The Secret Life of Music in Film with Debbie Wiseman OBE.

As well as Russia, Simon’s work has also taken him to Bora Bora, Auckland, Fiji, Bay of Islands and he has travelled/road-tripped and filmed extensively across the US.

Simon joined BBC Radio 5 Live in the mid-1990s as a Senior Producer and became a Presenter of various sequences including the weekday 10pm and legendary Up All Night programmes.

Simon excels in a live broadcasting environment. He can effortlessly switch from live engaging speech-led radio - be it phone-in, news interview, music, celebrity interview, ‘and finally’ stories, a 2-way with correspondent - to serious, considered, factual, and responsible coverage of urgent breaking news.
Even when the story is just minutes old, information is scarce and the story disturbing.

He can do this variety because of his excellent track record in news, entertainment, music and speech radio: interviewing celebrities; holding politicians to account; presenting live news and breaking news; presenting shows full of laughter.

He presented live fast-moving and fast-changing news programmes for the BBC on some of the most important news events of the recent past, including rolling coverage of 9/11, 7/7, the Westminster, London Bridge/Borough Market and Parsons Green terror attacks, the Invasion of Iraq, the EU Referendum, many General Elections and London Mayoral elections, The Apollo Theatre roof collapse, the death of Nelson Mandela, Theresa May's calling of a snap General Election.

He investigated and broke the story that the London 2012 Olympic logo was the cause of epileptic episodes in some individuals – a story which made the front page of every national paper and on which Simon reported for BBC Radio 2 and BBC Radio London and other outlets.

Later, he hosted around 50 hours of live BBC coverage from the London 2012 Olympics itself.

Simon led the BBC’s breaking coverage of The Grenfell Tower Fire (Gold ARIA 2017 for breaking news), then provided support and live coverage for other BBC outlets on the story throughout the days ahead.

He has demonstrable experience of interviewing big political personalities live, both with and without any notice. For example, Theresa May (as Home Secretary), Jeremy Corbyn, Ian Duncan Smith, Grant Shapps, Ken Livingstone as London Mayor etc relying on his instinct to get the story and to get the quote.

It was on his live programme that, on the day of Baroness Thatcher's death, union leader the late Bob Crow said: Margaret Thatcher can 'rot in hell' for what she did to the country during her time as prime minister. It was an interview which is still widely quoted.
News professionals know that these moments don’t just happen – you have to ask the right question to the right person at the right time.

Talking of asking the right question. Never, in all the years since 1978, did anyone question the perfection of possibly the most famous sax break in history. Was Gerry Rafferty’s Baker Street sax break faultless Simon wondered? No, it was out of tune – according the performer himself - Raphael Ravenscroft - when Simon asked him live what he thought of it. An interview widely quoted in the press also used on Radio 4’s Last Word upon his death.

And here, Simon enticed Jerome Flynn to reveal something that even the BBC would not tell the cast of Ripper Street – that they’d been canned.

Simon holds the UK, possibly the European, record for hosting the largest live studio election debate. During the 2010 General Election campaign, he chaired an hour long live and uncut session, with a panel of 12 candidates, within strict election rules, who were all standing for election in Margaret Moran's seat of Luton South, including Esther Rantzen and the eventual winner, Gavin Shuker. All the candidates said they had been fairly represented.

He has presented countless entertainment shows featuring music and interviews which have themselves been highly rated (Steven Berkhoff said my interview with him was the best and most informed interview he had done).

Most of his presentation has been solo, but he is equally comfortable working as a duo, or team, and thrives on the demands, creative potential and possibilities of live radio and tv. He’s co-hosted with Vanessa Feltz, Edwina Currie, Amanda Platell, Jayne Middlemiss, Arlene Philips, Maria McErlane and more.

He regularly hosts live theatre Q and A's, round table discussions and other live events.

Simon hosted the opening keynote session of the 2017 Radio Festival and led the panel discussion (on how to break news on the radio in such a difficult year) in front of a live audience of radio professionals and has delivered sessions on breaking news to senior BBC managers.

He is a Head Judge of the Audio Production Awards (APA), leading a team of judges to shortlist and decide Gold Silver Bronze.