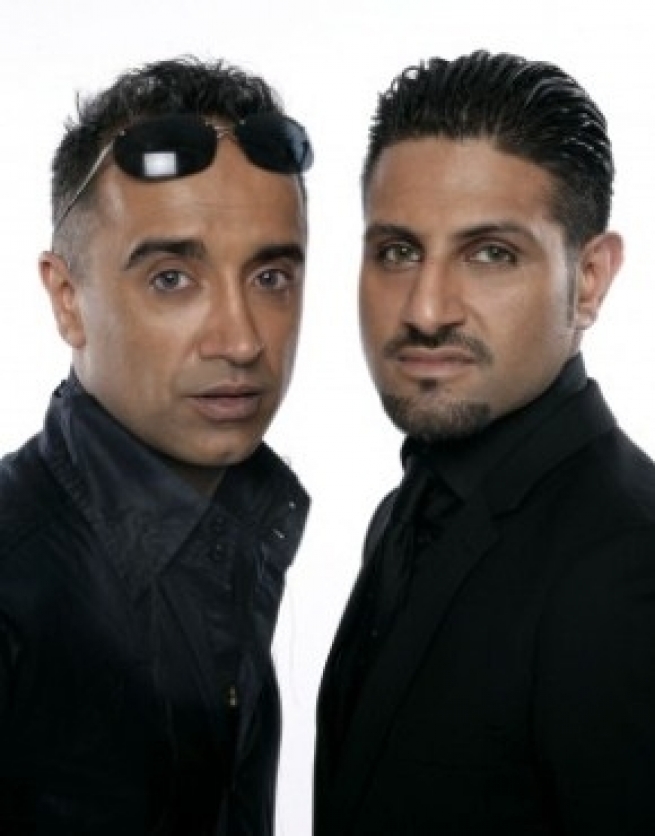 Born and raised in Glasgow and London respectively, Raj&Pablo have become the pioneers of Bollywood in the UK. Loving Bollywood from a young age, and enjoying the escapism and beauty of the on screen stars, they have created a brand that is intrinsically Bollywood.

Brought together by a play written by Eastenders star, Nina Wadia, a partnership developed, allowing the pair to use their cheeky personalities to attract everyone to them, from Bollywood stars to ordinary people.

During a glamorous Bollywood themed month at Selfridges  they were christened "Raj&Pablo - the Bollywood IT Boys". This allowed them to delve into mainstream UK pop culture, where they are often referred to as ‘Bollywood’s answer to Ant & Dec’.

In 1998, Raj&Pablo went on to launch their first compilation album “Bollywood Nights” which received fantastic reviews from the public and media luminaries such as Vogue and Tatler.

Following on from this, Raj&Pablo launched their monthly Bollywood Nights at the exclusive Cobden Club, which have been running successfully for 15 years and attracting thousands of Bollywood lovers from all walks of life!

Raj&Pablo have made their mark on Bollywood by having ‘no holds barred’ interviews with a host of A-list celebrities, including Shah Rukh Khan, Saif & Kareena, Abhishek & Aishwariya, Karan Johar, John Abraham and Priyanka Chopra to name a few. They receive high praise from all their interviewees, including special thanks given to them by screen legend Amitabh Bachchan.

Raj&Pablo don’t believe in boxes and aspire to be all around entertainers. They are presenters, broadcasters, DJ’s, actors, singers and columnists. They truly believe that everything they do is an extension of their personalities, which is demonstrated through their numerous ventures in all that is Bollywood.

Raj&Pablo’s Love Bollywood album with BBC Worldwide, BBC Asian Network and EMI records a Bollywood compilation album made history when it debuted at NO1 in both the  I-Tunes World wide Chart and World Compilations Chart.

Raj & Pablo will feature on the Radio 2 Arts Show with Claudia Winkleman to discuss the International Indian Film Academy 2014. Tune in on Friday 9th May at 10pm on BBC Radio 2.
read more
Read more news...