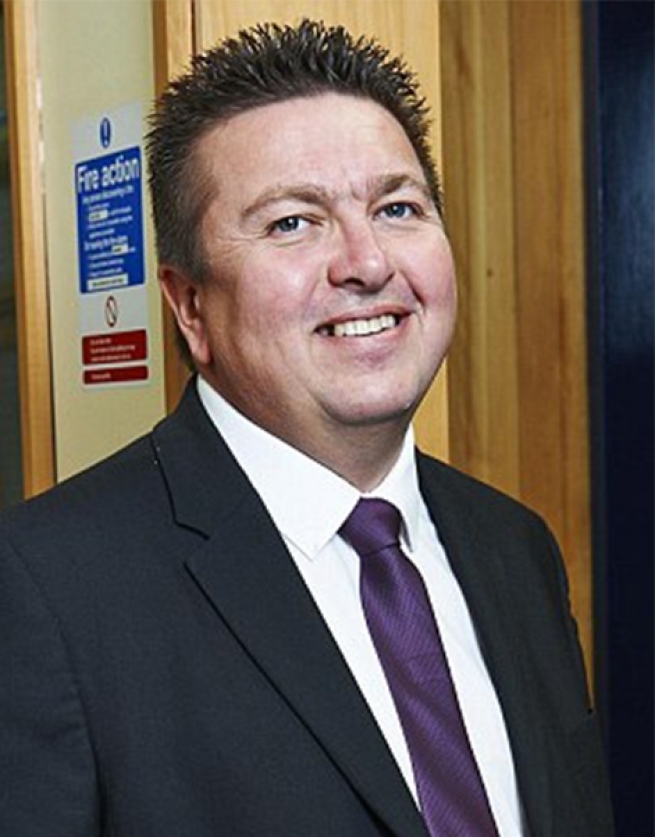 Martin Hart is a detective constable for Bedfordshire Police and appears regularly in the Channel 4 hit series, 24 Hours in Police Custody.

His memorable first appearance in episode one of the first series, “The Conspiracy To Murder” led to Martin being labelled as one to watch by the Radio Times and ‘impressively wily’ by the Daily Telegraph.

Martin left school at 16, after having a variety of jobs from shop assistant, warehouseman and barman he studied Travel and Tourism and got a job working as a holiday rep in Greece, a job that he says taught him how to talk to and understand people!

Having got married Martin decided he needed a ‘proper’ job, he saw an advert in the newspaper recruiting police officers. It said “Can you deal with domestics and drunks?” He knew he had the requisite skills and he got the job and joined the Police in 1998. After training, he was posted to patrol in Luton, after a further 3 years patrol he was moved to the new Prisoner Handling unit dealing with day to day investigations. Four years later he moved again to work at Luton Airport and then 5 years ago moved to CID where he has been ever since, he has worked on the Burglary Squad and Robbery Squad before moving into the Serious Crime Investigation Team.

Martin is a keen sportsman, playing Rugby and Basketball at county level and American football in the British league.

Click here to see a profile piece on Martin.

You can also see reviews on 24 Hours in Police Custody in the Guardian and Independent.

Congratulations to KAM clients nominated for the BAFTA TV Awards. Jon Snow, Cathy Newman, Alex Thomson, Michael Crick and the Channel 4 News team receive a nomination for their coverage of the EU Referendum vote in the Best News Coverage category. And In the Features category 24 Hours in Police…
read more
Read more news...