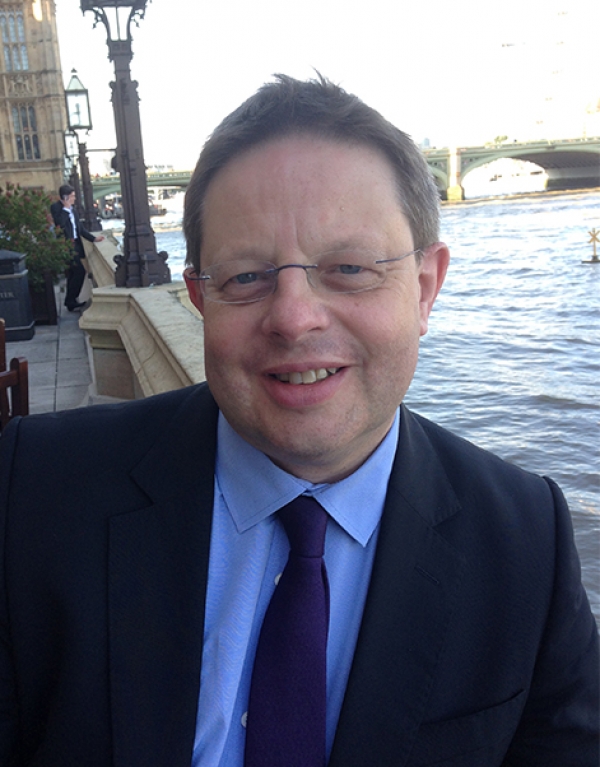 Iain's journalism tells people what they don’t already know. Whether reporting for Today, Newsnight, BBC1’s TV bulletins, Five Live or in writing in-depth online analyses, Iain specialises in exploring what’s beneath the political radar. He offers unique, accurate insights into major developments within government and opposition. Covering such a wide range of output, Iain can tailor his presentational skills to a wide range of audiences with differing levels of knowledge. He makes what goes on behind the closed doors of the corridors of power accessible, interesting - and entertaining. He has a wide range of contacts across the political parties and in Whitehall. His knowledge and well-sourced briefings have been in demand from decision makers in both the public and private sector. Using the expertise he has gained in live broadcasting, he can chair lively debates, host events - and demand answers to questions others are often reluctant to ask.

In two decades of experience in broadcast and newspaper journalism, Iain has reported from inside a still-smouldering Pentagon in the aftermath of 9/11 to the front garden of a terraced house in Rochdale - where the then Prime Minister Gordon Brown was apologising to the occupant for calling her a ‘bigoted woman’.

Iain’s voice was heard most mornings on the flagship Today programme on Radio 4 between 2003 and 2008 where he gave listeners the inside track on politics and covered the far-reaching fallout from the Iraq war as well as the 2005 election, two changes of Conservative leader and Labour’s uneasy transition from Blair to Brown.

Since then he has branched out to every nook and cranny of BBC output. Insomniacs and political addicts might catch him on any given day on BBC1’s Breakfast News, the One O’clock, Six and Ten bulletins, Radio 4’s World At One and PM programmes, and Five Live’s nocturnal Up All Night show - while he could also be spotted at almost any time breaking stories on the News Channel. And he has presented and co-presented programmes on both Radio 4 and Five Live. He has also worked for BBC Newsnight and had a stint as a Washington Correspondent.

He is currently ensconced in Westminster during this exciting but uncertain time in politics, but his work has often taken him way beyond SW1. As well the US, he has reported from many parts of continental Europe, and from Northern Ireland. He covered virtually every Brussels summit during the Eurozone crisis.

As Westminster Editor of the Sunday Herald in 1999 he travelled north to cover the first elections to the Scottish Parliament and has sought to keep across developments there ever since, returning to report on the hard-fought Scottish referendum in 2014 for the BBC.

After the Sunday Herald, Iain joined BBC1’s premier political programme - On the Record - and attempted to provide food for thought rather than stick to the daily political diet. He uncovered policy ideas that were being considered for inclusion in manifestos, unearthed parties’ private polling and undertook to discover what UK politicians were learning from their counterparts elsewhere. In a series of films, he examined how other countries were managing to deal with their social problems and challenges - from under performance in schools to drug addiction - and what lessons policy makers here could draw.

The War Report was inaugurated in the aftermath of 9/11 and was broadcast each Sunday on BBC1 until the middle of 2002. It looked at how the diplomatic, military and political world was being reshaped and Iain reported on developments in the US and Middle East in particular. But Iain is as interested in the soap opera as much as the substance of politics and usually reports serious topics with good humour.

This is in evidence in his account of the 2015 general election - Five Million Conversations. Iain was on the road with the Labour campaign and sets out where it went wrong and what the other parties were getting right. He also chronicled, and tried to explain, the subsequent rise of Jeremy Corbyn. He still reports extensively on developments in policy and personnel in the main opposition party at grassroots and at Westminster.

Currently - and unsurprisingly - he spends a lot of time talking about Brexit. He has, however, managed to lead coverage of other important stories such as public sector pay.

Iain has interviewed many members of both the cabinet - including Theresa May, Boris Johnson, Philip Hammond and David Davis - and the shadow cabinet, including Jeremy Corbyn, Emily Thornberry and Keir Starmer. He has good contacts at every level of politics from think tanks and campaign groups to backbench MPs, peers, government advisers, ministers - and their shadows. He has shared his insight in to political developments at ‘in conversation’ and Q&A events, as part of ‘expert’ panels and as sole speaker. He has also spoken to invited audiences at after dinner events. Iain has also chaired high profile debates - keeping front rank politicians and audiences of up to 500 people in check. Mostly.

Away from politics he is passionate about music and his family. Not necessarily in that order...

Iain Watson presents The Long March of Corbyn’s Labour on Monday 25th June, 8pm on BBC Radio 4. With more than half a million members, Labour is now on the march, but where is it headed? Iain Watson explores the changing nature of Britain's official opposition, as it may be transforming itself from…
read more
Read more news...