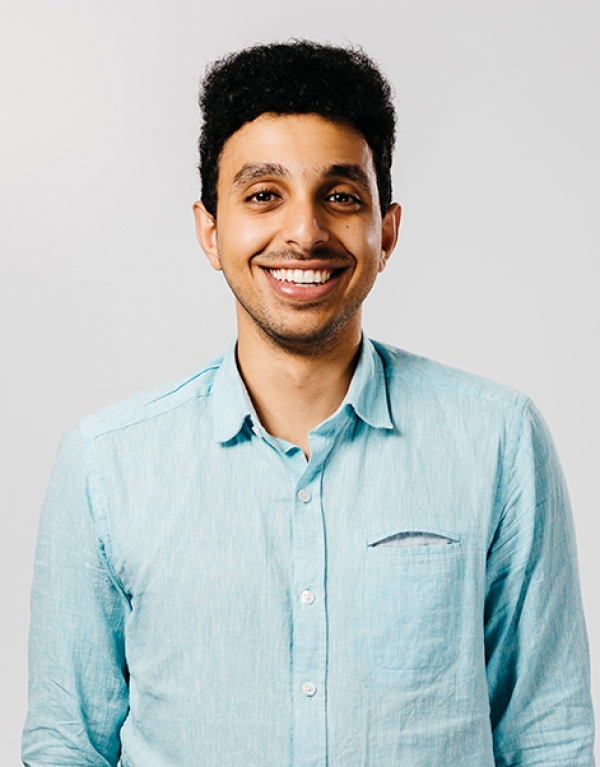 Dr Islam Issa is a literary critic and historian. He is a multi award-winning writer, curator, and broadcaster who has been named “one of the UK’s most significant new thinkers”.

Islam appears regularly on BBC Radio 3, particularly the Arts & Ideas podcast and the station’s flagship culture programme, Free Thinking. He presented the station’s recent Sunday Feature documentary on “Shakespeare and Terrorism”. He has also written and presented an episode of BBC Radio 3’s The Essay and a BBC Radio 3 Postcard. His appearance on Free Thinking to talk about “the real Cleopatra” was a Daily Mail Weekend Magazine pick of the week.

He has presented the BBC Four documentary 'Cleopatra: The Search of a Lost Queen' which aired in May 2019.

He has made over 100 appearances on tv and radio including on such programmes as BBC Two’s Newsnight, BBC World TV’s The Hub and World Have Your Say, BBC Radio 4’s Front Row and PM, BBC Radio Five Live’s Up All Night and 5 Live Drive, BBC Asian Network’s Big Debate Show and Asian Network Reports, and BBC World Service Radio’s Newsday and Have Your Say.

His media appearances have been in countries as varied as Algeria, France, Saudi Arabia, South Africa, and Turkey and in three languages.

Islam is a Senior Lecturer in English Literature at Birmingham City University, where he was recently awarded the university's 2018 “Researcher of the Year” prize. He holds a PhD in English Literature from the University of Birmingham. Islam's research into Muslim soldiers in World War One, has earned him and his department at Birmingham City University ‘Research Project of the Year’ at The Times Higher Education Awards 2019.

As a scholar, his work has focused primarily on the modern-day reception of Renaissance and Early Modern English literature in global contexts, particularly Shakespeare and Milton, and the cultural history of the Middle East. He has been described as “a rising star amongst scholars of the cultural interaction between the West and the Islamic world”. His field-changing academic books have been published by Routledge, Oxford University Press, and Palgrave Macmillan. Milton in Translation (OUP, 2017) won the Milton Society of America’s “Irene Samuel” award. Milton in the Arab-Muslim World (Routledge, hardback 2016; paperback 2019) won the Milton Society of America’s “Outstanding First Book” award and was reviewed by Times Literary Supplement as the most important addition to Milton criticism in recent years.

Islam has curated a number of exhibitions at prestigious venues. Stories of Sacrifice (2016-18) at the British Muslim Heritage Centre (which also toured to Manchester Central Library and Greater Manchester Police HQ), won the Muslim News Awards “Excellence in Community Relations” prize. Over 50,000 people visited including high-profile celebrities (e.g. part of Sadiq Khan’s first trip outside London as mayor), and its findings were monumental: the Discovery Channel reported that “Issa more than doubled the previously estimated figure of [Muslim WW1] soldiers after trawling through thousands of personal letters, historic archives, regimental diaries and census reports”. Other exhibitions include Shakespeare in South Asia at the Shakespeare Birthplace Trust (2017), which toured to the Royal Birmingham Conservatoire, and Ageless Cleopatra (2018), also at Shakespeare’s Birthplace.

Islam writes regularly for such outlets as The Guardian, Independent, New Statesman, Times Higher Education, and Times Literary Supplement. These articles have presented literature fanatics with exciting new ideas and made the field accessible to a range of readers.

Islam makes regular public appearances and international speaking tours for a range of audiences. From an inspiring TED talk to keynoting at the Muslim Police Association annual dinner to representing the Foreign Office at the International Arab Film Festival, “Issa powerfully brings the personal, the literary and the political together” (review of TED talk).

Shakespeare scholar Dr Islam Issa explores the story behind the two, very different accounts of Cleopatra he grew up knowing; one portraying a great politician who made Egypt one of the most powerful countries on the planet and the other painting her as a tragic Shakespearean heroine and…
read more
Read more news...