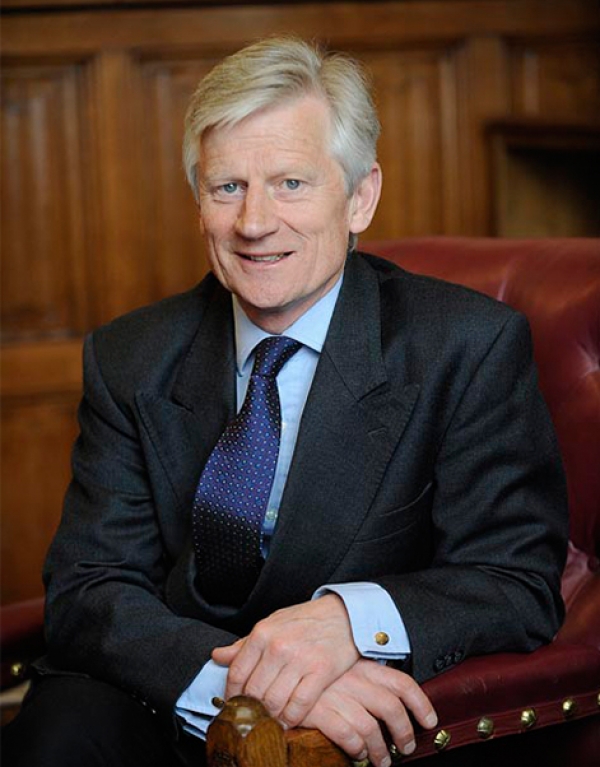 Lieutenant General David Leakey might not be an instantly familiar name because he has been known for the last seven years inside and outside of Parliament as ‘Black Rod’ and for his high profile role during the State Opening of Parliament summoning Members of Parliament to the House of Lords to hear the Queen’s speech, having the Commons door slammed in his face and banging on it with the famous Black Rod: one of the United Kingdom's most recognised traditions around the world.

David Leakey has one of the most recognisable faces in British politics. He has been a TV and Radio panellist and commentator on Parliamentary issues and international affairs, State and Ceremonial occasions, appearing on Hard Talk and the Today programme as a General, and more recently The Westminster Hour, Broadcasting House, Daily Politics and Radio 5 Live (Emma Barnett Show). He also featured prominently in the recent ‘fly on the wall’ BBC documentary on the House of Lords: Meet the Lords and been parodied on television shows including The Last Leg.

A colourful and influential senior figure in the Houses of Parliament as “Gentleman Usher of the Black Rod” to give its full title, he was previously a General with a distinguished career commanding multi-national forces on NATO and EU operations (including counter-piracy in the Indian Ocean) and a succession of posts at the very top level of military, commercial, national, multinational organisations, and in the political complex of Parliament, Westminster, Whitehall and Brussels.

He has chaired boards and meetings of ambassadors and defence chiefs, a major commercial enterprise with an operating budget of £1,3Bn, a national charity, committees and boards in Parliament, in government departments and in not-for-profit areas.

He has lectured regularly in universities in UK and abroad, including Cambridge, Harvard and Yale, on the European Union, International Relations, Defence and Security, Parliamentary subjects and Leadership. In addition to his reputation for delivering stimulating key note addresses, he is in demand for his entertaining and humorous after dinner speeches.

His dynamic persona is a reflection of a fascinating life: born to a famous Kenya family, with a military pedigree of two Victoria Crosses and two generals, brought up in Jordan speaking Arabic, and then fluent in French and German, graduating in Law at Cambridge University, a senior general (performing a Beethoven piano sonata in concert live on TV) and then Black Rod, playing squash at national and international level, receiving a criminal conviction, a negotiator between the Bosnian factions at the famous Dayton Talks, and more besides.

CBE – 1996, for contribution to stabilisation and reconstruction in Bosnia, and command of a multinational brigade; and previously UK negotiator at the Bosnia Peace Talks in Dayton.
CMG - 2006, a primarily diplomatic honour, for leadership of the European Union Force and for diplomatic contribution to the international missions in Bosnia and the Balkans.
CVO – 2018, from the Queen in recognition of service in Parliament.

David Leakey takes a look at the mornings headlines to see what has been making the news on Broadcasting House, Sunday 15th April at 9am on BBC Radio 4.
read more
Read more news...