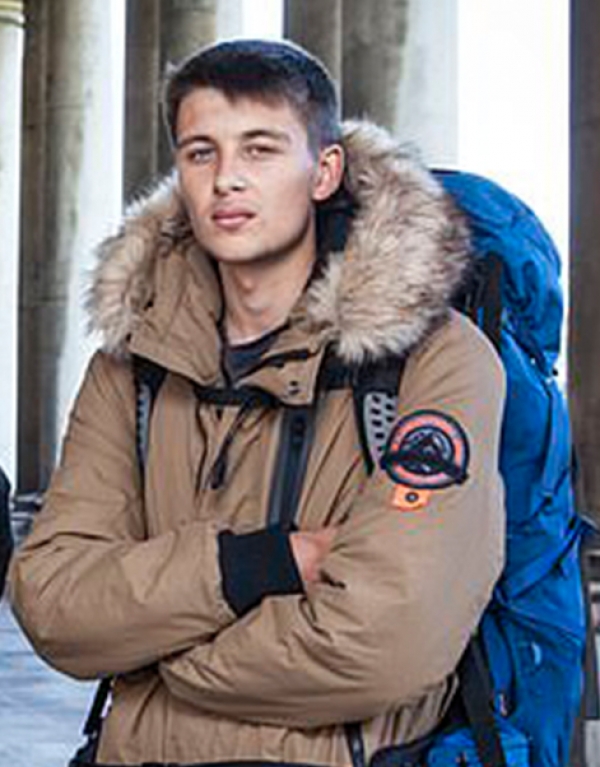 Yorkshire born and bred, 20-year-old Alex is best known for his epic journey from London to Singapore that featured on the BBC Two series Race Across the World.

The series, filmed in 2018, saw Alex and his father, Darron, compete against other pairs challenged to travel from London to the furthest point possible without taking a single flight. The series was an instant hit and Alex’s journey caught the attention of viewers as his relationship with his father blossomed as the journey progressed.

The Daily Telegraph said:
They’ve been the breakout stars of the series: a father and son who had drifted apart, bonding and reconciling as they globe-trotted. Darron has softened, while unemployed and slightly snowflakey Alex has matured before our eyes.

Jan Moir in the Daily Mail said:
I wanted Bradford father-and-son duo Darron and Alex to win. They had drifted apart and despaired of each other, but this trip brought them back together as they bonded and bounded across the globe.

Alex made appearances on BBC Breakfast, The One Show and Radio 5 Live to publicise the series.

During the journey Alex worked in a variety of places to supplement the tight budget each pair was permitted. His experiences included making and labelling bottles at a Budapest brewery, making paper in an Uzbek factory, selling flowers at a market in China and feeding and cleaning out elephants at a sanctuary in Cambodia.

Alex took part in a Prince’s Trust course prior to the Race Across the World where he learned key skills which came in handy while travelling. Taking part in the series has confirmed his love of and interest in exploring other cultures and environments. His inspiration in making connections with other young people with similar life experiences was matched by the positive reactions of viewers.

Since leaving school Alex has worked in a variety of jobs from gardening to house clearance and café work. His quest to forge a career whilst not being sure of which direction to take – an issue facing many young people – was well documented in Race Across the World.

Alex’s other interests include listening to music, socialising with friends and watching and playing football and other sports.