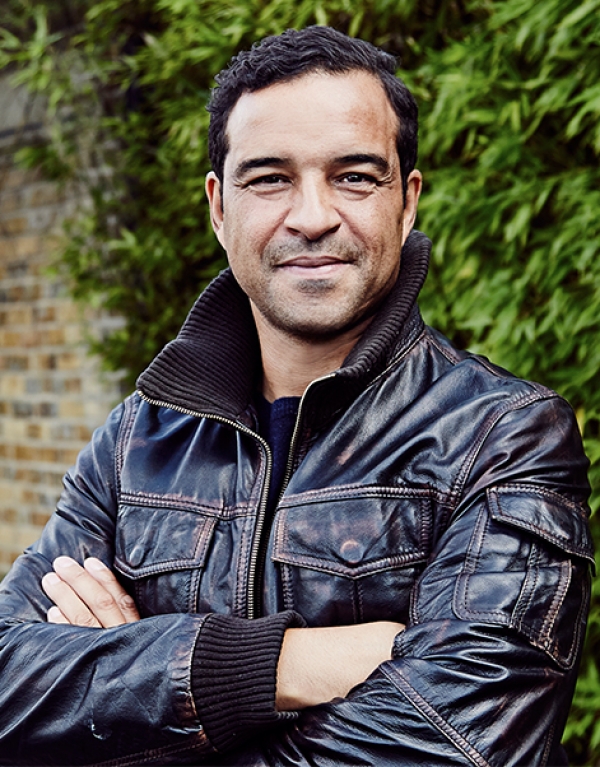 Raphael Rowe is the presenter of Inside the World's Toughest Prisons on Netflix. He is also a reporter/presenter for The One Show and Sunday Morning Live on BBC One.

Raphael joined the BBC in 2001 as a reporter for the Radio 4 News Programme, Today and went on to report for many years on BBC One's flagship current affairs television programme, Panorama before becoming freelance in 2016.

In 2017 he was one of the celebrity Pilgrims who walked the Camino de Santiago in Spain for the BBC Two series, Pilgimage: The Road to Santiago.

Raphael's path to becoming a reporter and presenter has been unique and remarkable.

In 1988, aged 20, he was sentenced to life imprisonment for a murder and robbery he did not commit. In July 2000, after 12 years in prison, the Court of Appeal quashed his wrongful convictions and he was freed.

After a year travelling the world, Raphael returned to the UK determined to become a reporter. Raphael is self-educated on the criminal justice system and, against the odds during his years in prison he studied journalism through a correspondence course.

As the subject of numerous stories by broadcast and print journalists during his long campaign for justice, Raphael has a unique insight into both sides of the reporting coin.

Through his singular background, and as the first person of mixed race to report for Today, the Six O’clock News and Panorama, Raphael helped re-write the rules on what makes a BBC reporter.

Two years after joining the BBC in 2003 he became BBC Three’s launch current affairs presenter and undercover reporter on a number of programmes including: Movers, Shakers and Crack Takers, Gangland Manchester and Blood Diamonds the exploitation, and routes, used by terrorists to smuggle conflict diamonds.

He also presented a number of programmes for BBC Two including ‘This World: Locked in Paradise’ and ‘Who Killed Kelso Cochrane?’. He also conducted a fascinating three-part investigation, which revealed the UK's first criminal underworld rich list.

Raphael’s investigation for Panorama into the murder of Jill Dando cast doubts on firearms forensic evidence used at the trial of Barry George, who was convicted of killing the BBC TV presenter. In August 2008, Barry George was acquitted at a retrial and freed.

During his time at Panorama, he reported on a wide range of issues, including Bursting the House Price Bubble, Addiction to Games, Track my Trash, Jailed for a Knife, Smugglers Tales, Orphans of Haiti, Kill at Will: America on trial, Children's Fight Club, DIY Justice. In Death on Corfu he uncovered crucial information that helped the parents of the two children who died from carbon monoxide poisoning whilst on a Thomas Cook package holiday.

Raphael has reported from some of the most dangerous and hostile places in the world, Afghanistan, Democratic Republic of Congo, Sierra Leone, Borneo, Nigeria, Jamaica, Beirut and Haiti to name a few.

Although Raphael is a skilled investigative journalist, he is also a confident, warm, genuine and experienced presenter on BBC's The One Show. Whether live in the studio or buzzing around the country reporting on topical stories Raphael is a popular presenter on prime time television and inspiration to an underserved and diverse audience.

Click here to see Raphael's profile page for The One Show.

Watch out for all new episodes of Raphael Rowe’s gripping Netflix series, Inside the World’s Toughest Prisons. Find out what happens when Raphael goes behind bars in Germany, Paraguay, Mauritius and Lesotho from Wednesday 29th July.
read more
Raphael Rowe returns to our screens with a new series of Inside the World's Toughest Prisons, where he travels to Colombia, Costa Rica, Romania and Norway. Catch up on all episodes on Netflix from Friday 14th December.
read more
Raphael Rowe and Dr Saleyha Ahsan appear on Sunday Morning Live. Raphael discusses the story of refugees within the ‘Calais Jungle’ which has now been adapted into a West End play, whilst Dr Saleyha debates whether all roles in the military should be open to women. Sunday 2nd September at 11am on…
read more
Raphael Rowe investigates into whether one of Britain's most-celebrated writers, G. K. Chesterton, should be made a saint on Sunday Morning Live, Sunday 22nd July at 10am on BBC One.
read more
Raphael Rowe debates the conditions of UK prisons, discussing whether our prisons are too tough and if prisoners should be allowed the luxury of a mobile phone on Sunday Morning Live, Sunday 15th July at 8pm on BBC One.
read more
Raphael Rowe presents a new 4-part Netflix series, Inside the World’s Toughest Prisons, available from 6th July 2018. Having previously spent 12 years in prison for a murder he didn’t commit, journalist Raphael returns behind bars uncovering a world of extreme punishment, squalor and murderous gang…
read more
Read more news...